Jennifer Hudson ‘I Run’ Audio and Why She Did Chi-Raq 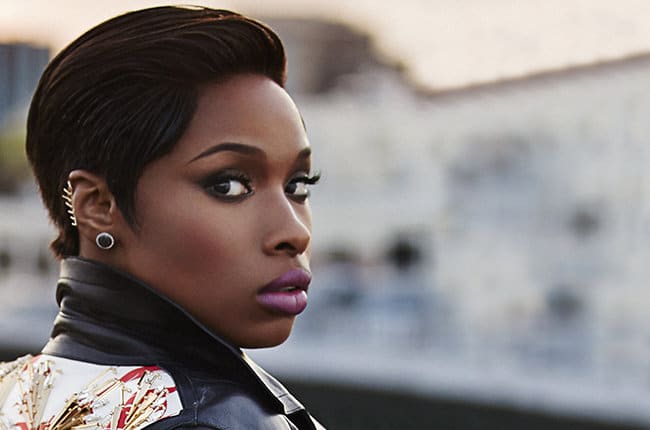 It’s hard to accept the reality of losing a loved one to gun violence. Some people never do, and struggle everyday to move on with their lives. And who knows better than Jennifer Hudson, who lost her mother, brother and nephew to gun violence in 2008? For this reason, it’s understandable why Spike Lee’s latest film Chi-Raq is a hard one to digest, and why many find it to be quite offensive, especially since the crime rates in Chicago and elsewhere are still heavy on the rise.

During an interview with W magazine, Hudson admitted she was slightly reluctant to accept a role in Lee’s latest film, Chi-Raq, which focuses on stopping gun violence in the Chicago area, but she quickly realized why Lee selected her for the project.

“This is reality for me. This is my life. A part of my life,” said Hudson. “I definitely had that moment of like, ‘Are you serious?’ But when I really thought about it, I understood why he came to me, and I thought, ‘You know what? It’s worth me telling my story so that hopefully no one else has a story like this to tell.”

It's not easy, but instead of wishing for change, ask God for strength to start somewhere and help make change. Click To Tweet

The 34-year-old, who is a Chicago native, also shared that her ties to the city also inspired her to accept the role.

“The film we’re doing is trying to save my city, as my mother said, take care of home. So for that reason I was like, ‘Okay, I get it, it’s worth doing.’ But I don’t think it’s anything I will ever, ever revisit again.”

In the film, Hudson plays the role of a mother who loses her daughter to gun violence.

“If we didn’t have these issues, I don’t think a movie like that would have needed to be made,” the singer explained. “That’s the point of making it, to make people pay attention and say, ‘Guys, we have to start somewhere.’ And it’s not just the city of Chicago. It’s everywhere. It’s a bad time right now, no matter where we look. Kids can’t go to school; people can’t go to church, you can’t go to the movies.”

Check out J. Huds single I Run on the Chi-Raq soundtrack below.