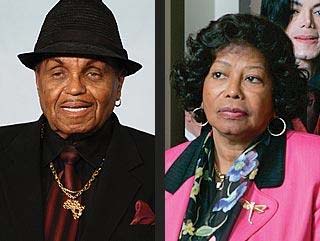 In a new video interview published by “News of the World,” the late Michael Jackson's father, Joe Jackson, went on record saying that his son died as a result of his wife Katherine's inaction.

In the interview, Joe claims he begged his wife to help get their son into rehab for an alleged prescription pill addiction, but the final straw came when the pair saw their son laying on a mortuary table.

“I said, 'If you had listened to me Michael would be living now!' I kept thinking about the times I had stood in front of her saying something was wrong,” Joe told NOTW. “Katherine didn't say a word — I had to get away from her. If she'd done what I asked, Michael would be here today. I am incensed with her. She could have made a difference.”

Joe told the paper his wife kept a distance from their son prior to his death for fear of invading his privacy.

“Mothers are always the person their sons look up to. I wanted her to step in and look at Mike a bit, keep him cheered up,” Joe said. “She didn't want to do that because she was afraid that she was invading his privacy.”

June 25, 2010 will mark the one year anniversary of the late singer's death.