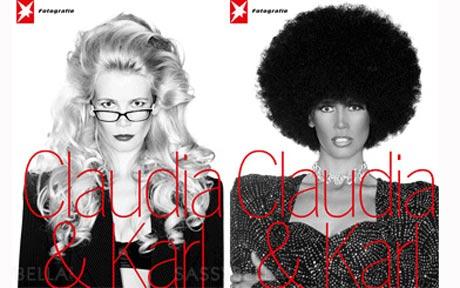 Fashion designer Karl Lagerfeld had the privilege to rummage through 20 years worth of photos of Claudia Schiffer for the 60th issue of an unheard of German magazine. The issue is said to come with 6 different covers, and features 50 of Lagerfeld’s favorite shots from various shoots with Claudia who is shown as sexy secretary to biker chic, and even a black woman. 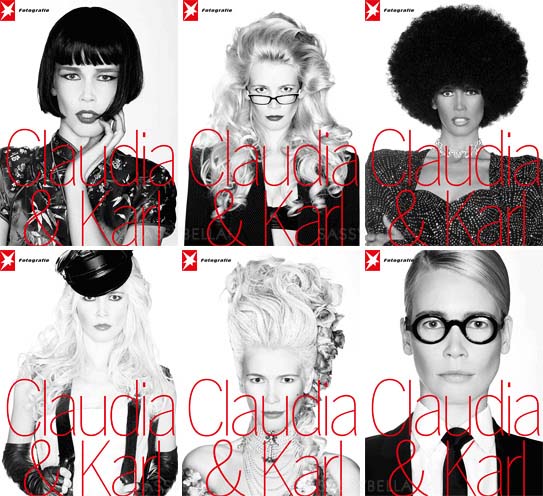 Of course, the question being asked across the web is, whether or not Claudia, who is white, and portraying a black woman by wearing dark make-up and an afro is offensive?

For me, the title of this post alone makes me laugh, so apparently I'm not too offended by Claudia wanting to appear black. I also don't find the portrayal to be creative or artistic in any way.

It's just not understood why so often black women are dragged in the dirt for being “black,” yet white women yearn to look like them in some form or fashion.

What's even more ridiculous is that in cases like this, white women who are painted black is often passed off for being a tribute of some sort.

What a joke. (source)