Kelis Says Knight Won’t Be Believing In No Santa Claus 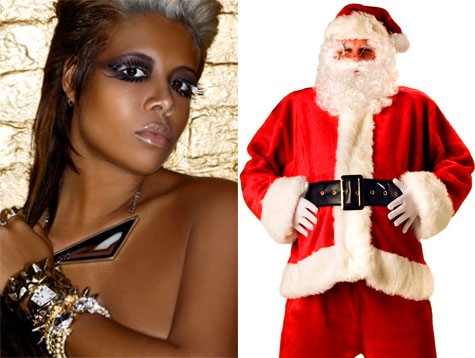 It seems like somebody may have been getting schooled on the Islamic faith. No? According to rap-up.com, singer Kelis won’t be teaching her son about Santa Claus.

“I don’t think I’m gonna teach my kid about Santa…. I feel like it’s a completely useless tale…. I’m all about fairy tales and I love a great story so I want [Knight] to have a wild imagination, but the thing about Santa, I just don’t get it. I feel like I have enough fantasy going on,” said Kelis.

I’m curious to know if that’s healthy or not. If not teaching your kid about Santa is part of a religious belief, that’s fine I guess, considering most don’t even celebrate Christmas at all. But if you let your kid participate with all the other festivities on Christmas day, and receive gifts during the holiday season, how fair is it not to include Santa? How fair is it, if the kid is going to be around other children who do? I’m just asking.