The show went on without Khloe or Kourtney for the debut of the bebe-Kardashian clothing line during New York Fashion Week. “They ditched me on this one,” Kim tells MTV.

“I’m so excited to be here. I mean, it’s backstage at my first fashion show. I wish my sisters were here. They ditched me on this one…. I actually thought they were going to be here. I’m excited to represent. I’m wearing an outfit from our line. I think we just wanted stuff that was sexy and edgy and represented me Kourt and Khloé,” said Kim. 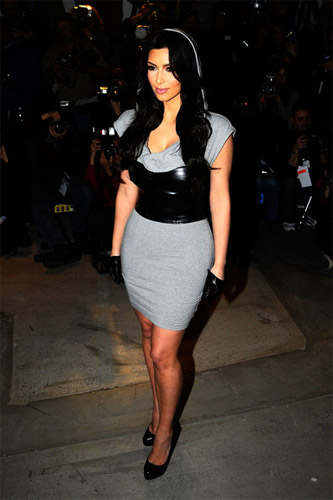 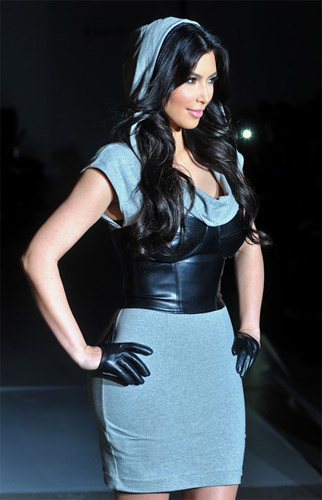 Since many celebrities endorse clothing lines without actually taking any part in the design process, it’s hard to believe that the Kardashian’s are any different, but Kim insists that she was there from beginning to end in the lines creation. “We were fully involved. Anything that we do, we make sure we’re so hands-on that we’re really in the middle,” she explained. “We want to approve everything and design everything. We wanted our fabrics to be forgiving and comfortable sexy and show off curves but still be comfortable.”

“I love designing. This has definitely woken up this part in me that I didn’t know was there. You never know what’s in the future,” Kim tells MTV adding that she’s already plotting the future of the line. “We’re designing for five seasons. We already designed for next season, and we’re looking at the next season for fall,” she said, hinting that one day you may see a Kardashian fashion line minus the Bebe label.