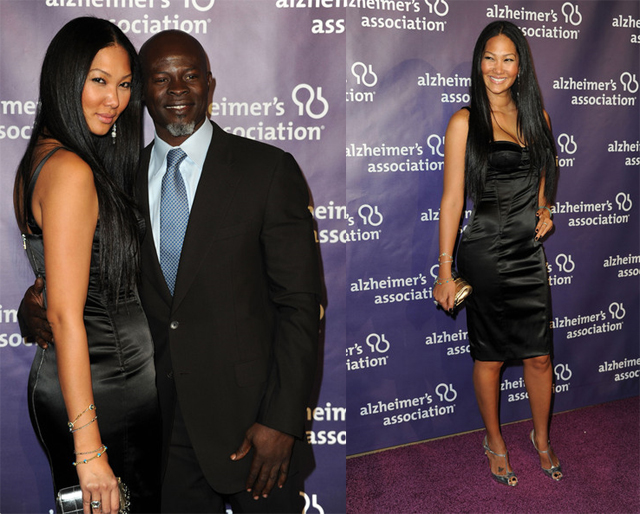 Yesterday, Baby Phat’s own, Kimora Lee Simmons came under fire for making comments on how she lost 25 pounds by not eating.

“I have shed the fat by not eating,” she told PopEater, adding that she “hadn’t eaten in two days.” She went on to comment on how her friends tried to encourage her not to eat.

“I was out one night with two famous sisters when a bunch of burgers were being passed around. I went to grab one and the two of them looked shocked. They said ‘we don’t eat.’ Then after I grabbed a burger they said they were joking but I knew they weren’t!”

After being labeled anorexic by several media outlets, Kimora was contacted by NY Magazine to clarify her statement.

“So yes, I’m a bit smaller, but still curvy and 100% healthy and proud of my body and the time it has taken me to undergo this personal journey for myself,” she responded.

“I’m not one of those ‘superstar moms’ who lost all their baby weight in a week. So, yes, I’m upset about the innuendo because I just can’t win. In the past year there have been numerous rumors about my weight – first I was attacked for being a size 10, now I’m anorexic? I’m a real woman and I represent real women. I believe that people are beautiful at any size, color or weight.

On the latest episode of “Addicted to Food” on Oprah’s OWN network, Tinisha experiences a painful food detox and almost quits treatment (watch below).