Legendary Sidney Poitier Speaks On Being Black In America 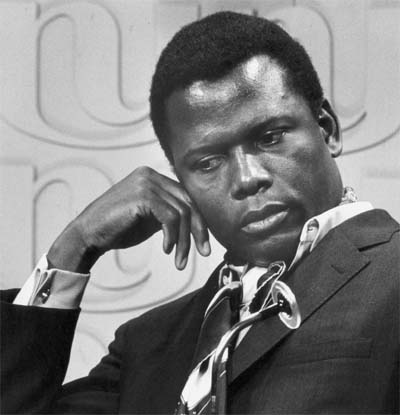 Known for shying away from the spotlight, Sidney Poitier opens up about experiencing racism firsthand, the state of black actors in Hollywood, the importance of his family, and why hes a self-described loner in a rare one-on-one interview with AARP The Magazine.

On Love of Family and Leaving a Legacy

My mother was the most amazing person. She taught me to be kind to other women. She believed in family. She was with my father from the first day they met. All that I am, she taught me.

I want my great-granddaughter to have a fairly good understanding of the world in which I lived for 81 years and also the world before I came into it — all the way back a hundred thousand years, to the beginning of our species. I also want her to know that the responsibility for the survival of the human family rests exclusively on the human family — and that she needs to be part of the energy that will contribute to that survival.

I didn't run into racism until we moved to Nassau when I was ten and a half, but it was vastly different from the kind of horrendous oppression that black people in Miami were under when I moved there at 15. I found Florida an antihuman place. But by the time I got there, I already had a sense of myself — I knew who I was. And I was of value. So when Florida said to me, You are not who you think you are, I said, Oh, yes I am. I am who I think I am. I am not who you think I am.

I had been working as a dishwasher and saw a call in a newspaper for actors at the American Negro Theatre, and when I auditioned, I read so poorly I was thrown out. [The director] found me wanting — not just as an actor but as a person. He grabbed me by the seat of my pants and said, Just get out of here and go get yourself a job as a dishwasher or something! and slammed the door behind me. I was halfway down the block going to catch a bus downtown to find a job as a dishwasher and I said, Wait a minute. I didnt tell him I was a dishwasher. He was passing a judgment on my worth. And that was the trigger.