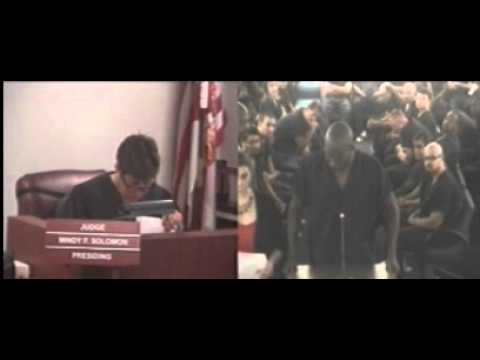 After the sad and mysterious turn of events that occurred over the weekend between newlywed couple Chad Johnson and Evelyn Lozada, more and more details of what really happened continues to surface.

In case you haven't been following the story, it all began Saturday evening (Aug. 11) when Chad Johnson was arrested for allegedly head butting his wife Evelyn Lozada during an argument that ensued over the purchase of a box of condoms. The receipt for the purchase was allegedly found by Evelyn in Chad's vehicle, where the incident took place (picture the scene from the movie 'Baby Boy' with Taraji P. Hensen and Tyrese).

Chad eventually posted a $2500 bail on Sunday, but was hit again when the Miami Dolphins released him from his position on the team (ouch).

And again, when Vh1 cancelled the couple's previously boycotted 'Ev and Ocho' reality television show (wow). Read their statement below:
“Due to the unfortunate events over the weekend and the seriousness of the allegations, VH1 is pulling the series ‘Ev and Ocho’ from its schedule and has no current plans of airing it.”

While it still remains to be determined who was REALLY at fault for what happened between the two, TMZ has managed to get their hands on the official 911 call that was placed (by the neighbor's) whose house Evelyn ran to during the altercation (listen below).