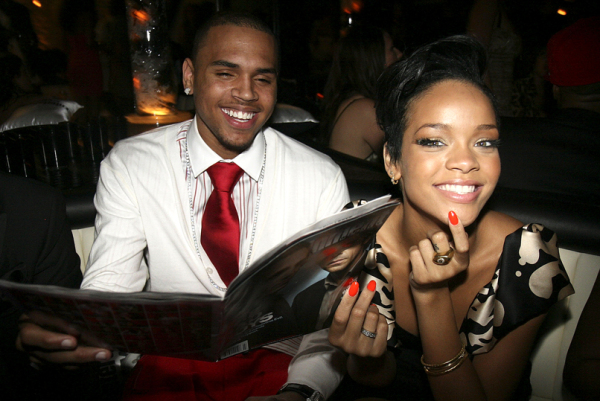 While the whole world has their panties in a bunch over Chris Brown and Rihanna's physical altercation, there's little doubt that the two are still in love.

It wouldn't come as a surprise if what they say is true that Chris Brown is desperately trying to win back to affections of his girlfriend Rihanna by showering lavish gifts on the pop princess he allegedly assaulted, the New York Daily News reports.

Brown sent the R&B songbird a diamond bracelet and necklace, as well as an iPod Touch, for her 21st birthday last Friday, but friends say it will take more than a gift-wrapped mea culpa to heal Rihanna's wounds, the paper reported.

Even Brown's mother, Joyce, sent Rihanna a bouquet of flowers.

“He's absolutely trying to get back into her good graces,” an insider told the Daily News. “He knows he's very much in the doghouse right now and is doing everything he can to show her how sorry he is.”

Rihanna, who was bloodied and bruised in an alleged pre-Grammy night fight with Brown, did not invite her beau to the casino-themed birthday bash she hosted in a rented Hollywood Hills home. But the songstress pined for Brown nonetheless, a source told the paper.

“Rihanna wanted Chris with her on her big day, but obviously realizes why they can't be together right now,” an insider told the News. “But it's becoming more and more clear that she can't be without him.”

Rihanna might still be recovering from an alleged assault at the hands of her singer ex-boyfriend, but she's reportedly “torn” about whether to help cops build a case against Chris Brown.