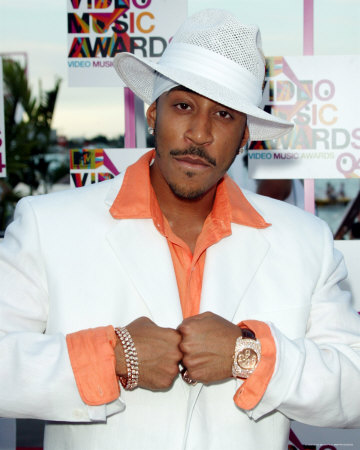 Limited-Edition Caps to Be Released Globally on October 17th Exclusively at New Era Stores and NewEraCap.com –

New Era Cap Co., Inc., the leading headwear designer and manufacturer, is proud to announce the much anticipated release of its CAPTURE THE FLAG(R) – LUDACRIS cap, the fifth addition to be added to New Era's artist-inspired collection. Chris Bridges better known as “Ludacris,” joins Fabolous, Cam'ron, Fat Joe, and The Game as the only other hip-hop superstar to have designed their own CAPTURE THE FLAG(R) cap. Ludacris is also the first southern artist to design for the series.

As a hip-hop superstar, actor, entrepreneur, philanthropist and businessman, Ludacris can now add “cap designer” to his list of achievements. He designed the cap himself with features like a large Atlanta Braves “A” style crest on the side-front left that is half clear crystals on the right and half black crystals on the left. The cap is black with red piping and also features the “Disturbing Tha Peace” logo in the flocked lining and undervisor flip along with the “Just Getting Started” logo on the back.

The cap is due to hit retail on October 17, 2008, and will be available exclusively globally at New Era Flagship stores and online at www.neweracap.com for $125.00. With only 200 units available worldwide, this cap is extremely limited.