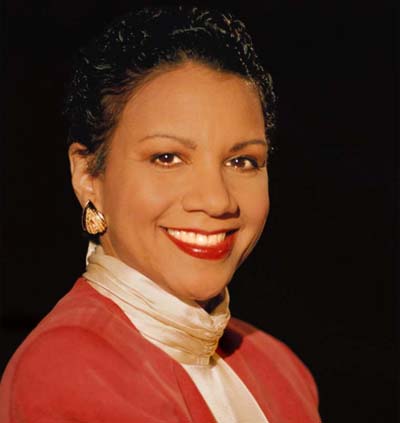 A speaker at the NAACP convention Sunday urged black people to stop being “addicted to status symbols,” adding that over-spending is sabotaging their futures.

Walker was one of the first African American millionaires, founding a hair care company in 1905 that generated thousands of jobs and millions in revenues at a time when most blacks were relegated to segregated neighborhoods and schools and low-wage jobs.

African Americans have long valued obvious trappings of financial success , she said, seeking brand names, designer clothes and shoes, or high-end cars.
Instead, she said, they should be paying off credit cards, creating a rainy day fund and growing their 401K.

“We buy too much stuff we just don’t need,” she said. “We’re trying to look cute for next weekend when we ought to be thinking about the next decade.”

Some in the audience said her words made a big impact.

“I was touched by what she said,” said Janie Jones, an NAACP member from Marian, Ind.

“Too many times black people turn the focus on things and on appearance.”

Walker also supported the NAACP from its founding in 1909. She participated in protests and helped fund the group. In the year before she died, she gave $5,000 – about $114,000 today – to the NAACP’s fight to end lynching.

“Some say she was the first self-made American woman millionaire,” said Bundles. “But what truly makes her great was that she used her wealth and influence for the black community.”

In 1917, a year before Mary Kay of cosmetics fame was born, Walker held her first national convention, giving prizes not just to her top sellers but also to those who donated to charities.

“I know of at least two black women who are billionaires: Sheila Johnson, who co-founded BET and Oprah Winfrey. And I know of hundreds of black women whose net worth is over $1 million. More black women than we can count have started their own businesses.”

She said civil rights leaders have fought for voting rights, equal access to public accommodations, and equal opportunity in the workplace.

Now it’s time to turn up spread financial literacy and to spread the wealth, she said.
“Today there’s no excuse for not learning how to get our financial houses in order,” she said. “Some of us close our eyes, take a deep breath and say a prayer when it comes to managing our finances.”

Dr. Pamela Ross, an emergency room physician, urged the NAACP women to live healthier, while Marilyn Johnson, an IBM vice president, urged them to create their own opportunities in their careers.