R&B singer Mary J. Blige attended the Planned Parenthood Action Fund 'Yes, We Plan' Shoot on October 22, 2012 in New York City. The shoot was part of a multi-million dollar budget in support for the re-election of President Barack Obama. 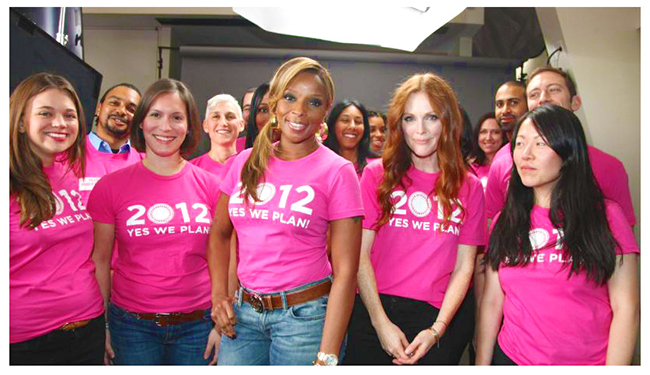 According to reports, Planned Parenthood, the nation's leading abortion provider, has spent $12 million on this year's presidential election through its political action committees.

That is more than it has ever spent in an election, and about half of it has gone for television ads in such battleground states as Florida, Ohio and Virginia, according to the Associated Press.

Cecile Richards, Planned Parenthood's president, said she has “taken a break from [her] day job” to campaign for President Obama. In a video released by the Obama campaign on Oct. 19, Richards said, “Our daughters' and our granddaughters' future depends on” working to re-elect the president.

Earlier this year, President Obama delivered a message on the importance of Planned Parenthood. There's no question he respects the right of every woman to make her own medical decisions. Watch the video to see his special message to Planned Parenthood Action Fund supporters below.