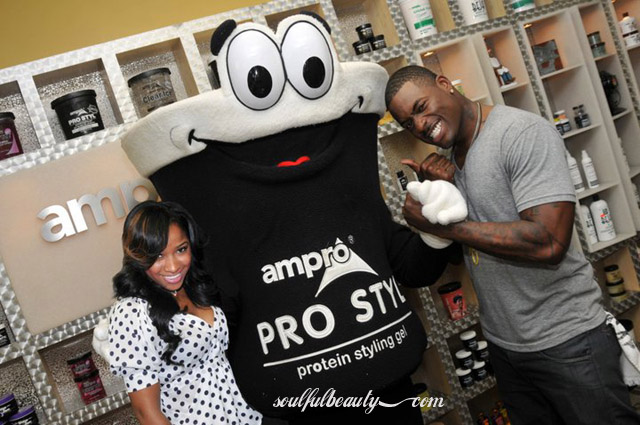 During preparation for her bridal shower back in June, Toya gave a shoutout to the classic Ampro Gel styling aid, and now not only does she actually use the product, she’s officially been appointed as the new brand ambassador. She brings along her husband Memphitz to join her on the box.

Both Toya and Memphitz will serve as the faces of the Ampro Pro Styl brand and will be featured in the global advertising for Ampro’s complete product line.

“At Ampro, we are impressed with Toya’s efforts to improve her life and the lives of those around her as documented on her reality television show, ‘Toya: A Family Affair,’ and in her inspiring book, Priceless Inspirations,” said Jack Sammons, President of Ampro Industries. “Similarly, we are proud of MeMpHiTz’ achievements. He’s a homegrown Memphis favorite who has become a success in the music industry with both Jive Records & his own imprints Hitz Committee and Do Work Enterprises. We feel the path he has taken in his career is one which should be a model for young artists and encouraged on a national level.”