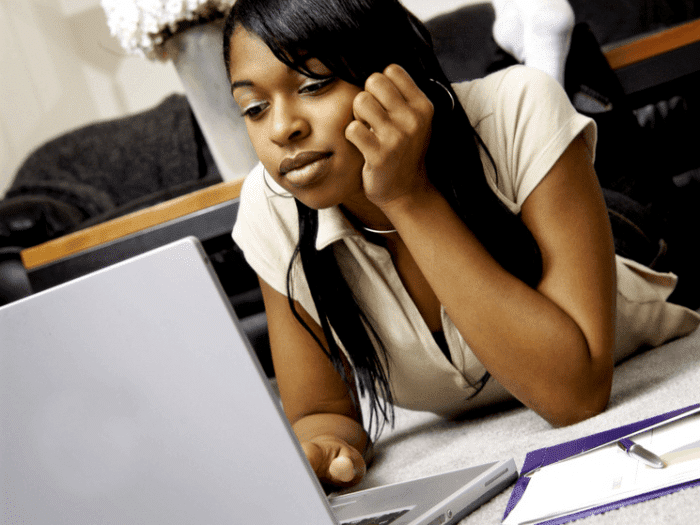 You can never be certain of how genuine people are regardless where you meet them. However, when meeting someone in person as opposed to meeting online, you get a better feel of their character. Not to discredit online dating, because for some, online dating can be the best thing that ever happened to them. In the same token, it can be downright weird and not the business. And although not your typical idea of a normal date when meeting to exchange sex for money, for 25-year-old Sharae Bradford, her experience hooking up with a man she met on Facebook was just plain tragic.

On Saturday (Nov. 28), Bradford, an aspiring nurse and mother of a 6-year-old girl, was found dead in her Ferguson apartment from a single gunshot wound to the head; medical examiners later found semen on several parts of her body. Police charged 20-year-old Stassie Greer with her death, first-degree robbery and two counts of armed criminal action.

Greer had agreed in a Facebook message to meet Bradford at her residence, according to the Major Case Squad Investigators of Greater St. Louis, an inter-departmental law enforcement group. The two had met on Facebook, Bradford’s relatives told ABC7. Bradford and Greer had arranged to have sex in exchange for money, according to a probable cause statement from the St. Louis County Police.

It’s clear Bradford’s biggest mistake was inviting a stranger into her home without regard to her own safety. Most online dating advice regarding safety is geared toward women, and not without good reason. Sexual predators constantly troll the Internet looking for prey, and ladies who trust too easily can, and do, wind up in compromising or even dangerous situations.

As precaution, women are always told to A) Meet their date in a public, B) Let someone know where they’ll be and with whom, C) Bring a cell phone, and D) Keep it short and sweet, and have an exit strategy in the event things start to feel uncomfortable.