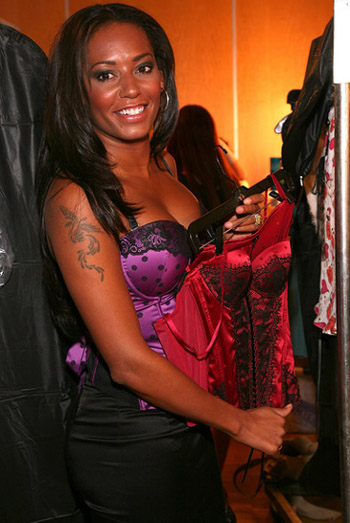 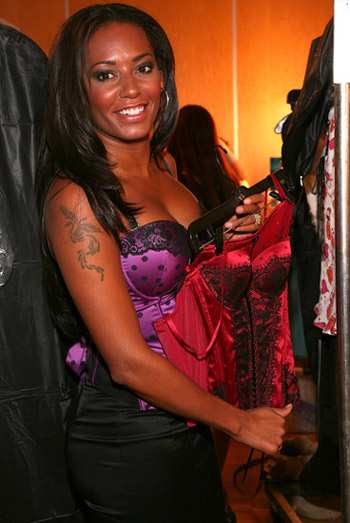 Mel B is “OBSESSED WITH UNDERWEAR”.

Back in April when Mel B became the face and body of lingerie brand Ultimo she said that, “It’s weird seeing massive posters of me in my underwear. But it’s my body and I like it.”

“This bra feels especially nice today. It’s not like wearing underwear – I like walking around naked so it’s perfect for me.”

“I am delighted to be the face and body of Ultimo and have been looking forward to representing the brand in person and meeting the fans. For me this underwear is the perfect way for a woman to feel sexy and enjoy her femininity.”

Recently, she says she loves underwear so much she only has beautiful sets and never keeps any bras or panties past their best.

She said: “I never have embarrassing knickers. I’ve always been obsessed with underwear and toiletries. I’ve always kept that together, so I have perfect underwear.”

The 33-year-old singer – who has two daughters, Phoenix Chi, nine and 17-month-old Angel Iris – recently revealed she is so comfortable with her body she would consider appearing nude in Playboy magazine.

Mel has turned down two offers to appear in the adult publication, but hasn’t ruled out the idea completely.

She said: “I was offered Playboy last year and again a couple of months ago, and I did turn them down, but that’s not to say I wouldn’t consider it in the future. I have no problems walking around the house naked or anything.”

“I’m pretty confident with my bikini body. It’s not like I’ve got a skinny body either – it’s very voluptuous. But I do like it and that’s great. I work out and eat healthy and listen to my body.”

So at first I thought this chic is losing it with this underwear trip, and after visiting ultimodirect.com I knew something was wrong. Everything I saw on the site was absolutely boring. Definitely nothing to obsess over.

Then I came across a couple photos of Mel B during New York Mercedes-Benz Fashion week. One at the debut of her own underwear line with Ultimo which was held at the Metropolitan Pavilion on September 9, 2008.