The Miami Heat celebrated the victory of becoming the NBA champions with a huge parade on Monday, June 5. Players and coaches were on double-decker buses with friends and family, most of them taking photos and video of the crowd. 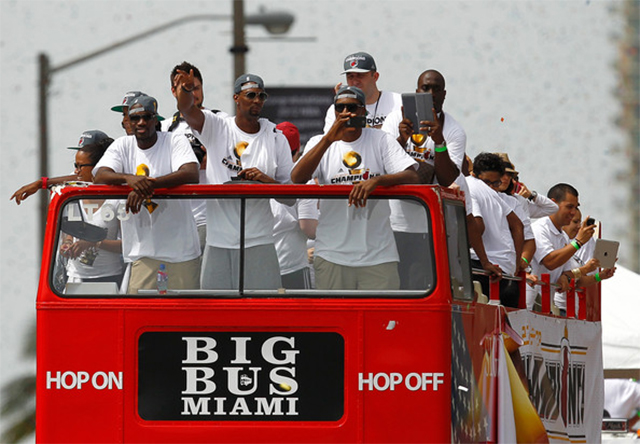 They ended the parade with a celebration at the American Airlines Arena, where the NBA championship trophy was center stage, bathed in white light and sitting on a pedestal. And each Miami Heat player offered it a different greeting. 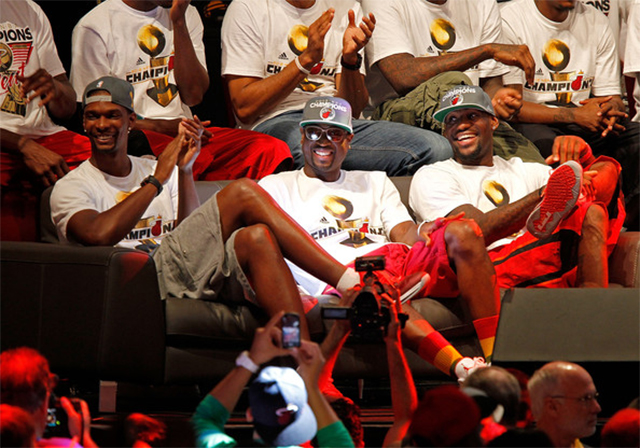