Microsoft Under Fire for Photoshopping A Black Man White

There is much controversy over whether or not Microsoft's decision to replace the face of a black man with a white man for a Polish advert is racist.

Original Advert with Image of an Asian Man, Black Man and White Woman

Microsoft doctored a stock image to appeal to its Polish customers by completely whitewashing the color from one of the photo's subjects.  One of the biggest mistakes they made was not replacing the color of the black man's hand, which prompted the photo to be flagged on numerous news sites. 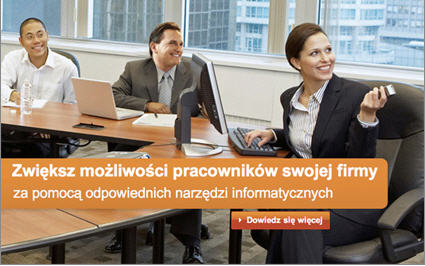 Whitewashed Advert with an Asian Man, White Man (with a black hand) and White Woman

Microsoft quickly issued an apology after being notified of the outcome.  “We are looking into the details of this situation. We apologize and are in the process of pulling down the Polish image,” the computer giant told CNET.

The Polish site now bears the original US image, but the damage has been done. Said CNET's Ina Fried, “Although Microsoft would be within reason to use a different photo on its Polish site, the country is very racially homogeneous, the company is coming under significant criticism.”

A large number of people don't seem to think whitewashing the photo is racist and only represents a form of political correctness. Call it whatever you want, but the idea that an advertising photo of a black man not appealing to a particular audience is racist, period.  Why would it matter what color the person is?  And to go to the extremes of painting him white?  What's not racist about that?