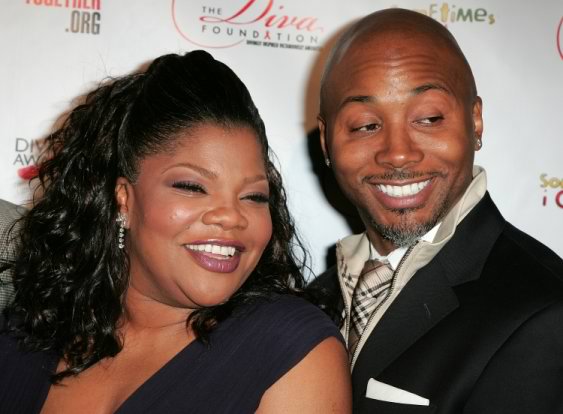 With all the talk surrounding Toya Wright allegedly giving her husband Memphiz an 8 day annual pass to cheat, I guess Mo’Nique felt it was a good time to remind people that she has an open relationship with her husband. Mo’nique recently spoke with True Exclusives and explained what she feels is the secret to having a successful marriage.

Honesty is the secret to a successful marriage - even if it means admitting you want sex with someone else. -… Click To Tweet

“Honesty. That’s it. When I hear men say ‘I don’t tell my wife everything, you crazy?’ and I hear women say ‘I ain’t telling my husband that, you crazy?’ So you mean you trust somebody else other than the person you lay with every night, you slept with, you cried with, you make love to? So I think those long lasting things is simply honesty and communication. It’s got to be your best friend. You’re laying with this person every night. If you can’t tell that person how you feel, then you’re in a bad way.”

Mo’Nique further explained why she feels couples should give each other a ‘pass to cheat’.

“The person that you stood up and you said ‘for better, for worse, sickness and in health, richer or poorer’ you took those vows in front of the universe. If you don’t live by them, then maybe you shouldn’t have taken them. And when you say ‘a pass to cheat’—see, when you’re with your best friend and you say to your best friend: ‘I’m having these feelings about this person, sexually, and I want to share it with you.’ When you’re best friends, you can have those open and honest conversations. Often times, people cheat because of something they’re not getting. But when you have open and honest dialogue, and you say we’re just human beings.  And all these people on the face of the earth, do you think my eyes won’t ever say ‘he’s fine’ or ‘she’s attractive’?”

“Now, if you want to go further with it, let’s be honest enough to have those conversations. What is it about that person that you find that you want to sleep with? Because they may give you something that I’m simply not willing to do. And if that’s the case, how can I be mad? Because I’m not going to do it. Should I deprive you of not having it? That’s when the relationship is real.”

Ultimately, Mo’Nique feels the idea of cheating being a deal-breaker in relationships is a Western idea derived from a culture of ownership.

“We’ve been taught to have ownership, and that’s the Western way to do it. I’m not sure where you originate from, but I originate from this place called Africa and what I know about African kings—tell me one of them who just had one wife. Do you know any of them? I don’t. That’s where I originate from. So when we came here, we adopted other people’s ways, and that’s called ownership. There was a time when I was owned before. I don’t want to be owned anymore.”

I’m sure many men are intrigued at the idea of having an open relationship, but please know for most women the idea of welcoming other women into their personal affairs will almost never end with a success story. Toya Wright for example clarified the claims she gives her husband a cheat pass with the following statement:

“As far as the hall pass thing goes, I felt like I was already at the friend zone with Mickey,” she said. “We were moving in two totally different directions, so go ‘head! Do what you do. That’s what you wanna do. Because guess what? My focus is on my businesses, and my No. 1 priority is my daughter. You can’t get it together and it’s so much going on, I’m not about to be bothered with that. And let me set the record straight: That stuff never came about when things was all good.”

Play at your own risk.