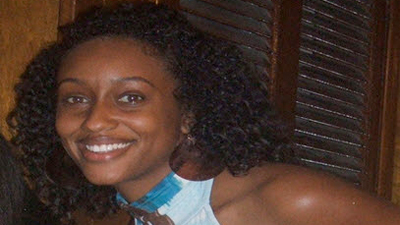 Update:  As of 9/24/2009 Mitrice Richardson remains missing.  The family has since started a website on her behalf findmitrice.info with information, and have also consulted with Civil Rights Attorney Leo James Terrell in connection with the case.

Terrell and family members described in a press release the issues with “the poor handling and negligence of the Lost Hills Sheriff Station for releasing Ms. Richardson from jail at midnight without a car, identification, cell phone and or assistance in a remote area.”

An interesting interview with Richardson's mother can be heard here.

A woman who was arrested at a Malibu restaurant in Los Angeles went missing after she was released hours later from a sheriff's station, the Los Angeles Times reported.

According to witnesses at the scene, Mitrice Richardson was intoxicated and unable to pay her $89 bill at Geoffrey's restaurant on Pacific Coast Highway in Malibu; She was arrested at the scene about 10 p.m. on Thursday, and taken to the station, where she was booked on suspicion of not paying for the meal and possession of less than an ounce of marijuana, sheriff's spokesman Steve Whitmore told the Los Angeles Times.

At some point, Richardson must have called her parents because not long after, her parents phoned the station to request that their daughter stay there so that she can be picked up; they were concerned about her condition to leave on her own. It was at that time, her parents were informed that she had already been released because the jail was overcrowded. According to the L.A. Times they released her about 1:25 a.m. Friday.

The problem with this story is that if witnesses at the restaurant say Richardson appeared intoxicated at the time of her arrest, which was around 10 p.m., and she was released at around 1:25 a.m., chances are she was still intoxicated at the time of her release, and in no condition to leave alone.  Another problem is that her car had been impounded, she didn't have any money, and according to her mother, she has a history of mental health issues.  Richardson was released into the wee hours of the night in an area that was unknown to her with no access to public transportation, no money, and more than likely, still intoxicated.

“She exhibited no signs of mental illness or intoxication; She was fine. She's an adult,” said Whitmore.

After previously informing Richardson's family she was released because they didn't have any room to keep her in jail, Whitmore later stated that an offer was made for her to stay in the jail but she refused.

“They allowed her to walk out of that facility and down that road in the pitch black night,” Richardson's father, Michael, told the Times. “That's not right. Now, I just want to find my child.”

It's unclear whether or not the proper tests were given and can be proved to support Whitmore's statement of Richardson's sobriety or impairment.

Since the disappearance, deputies have also informed Richardson's mother that nearby residents had called to say a woman was sleeping on porches, which indicated to her that Richardson was stumbling around a nearby residential neighborhood early Friday morning; Assuming it was her daughter.

According to reports, Richardson is a graduate of Cal State Fullerton, therefore, something just doesn't seem to add up here at all.

As you can see from her photo, Richardson is African-American, 5-foot-5-inches and approximately 135 pounds. She has brown, curly hair and hazel eyes, and was last seen wearing a dark shirt and blue jeans, police said.