Being labeled “chocolate” in complexion or otherwise, is apparently a term not all black people take lightly. It's just too bad Cadbury had to find out the hard way by supermodel Naomi Campell, and other black community leaders.

Campbell is calling for a black consumer boycott, after Cadbury compared her to a chocolate bar in a new advertising campaign that reads: “Move over Naomi, there is a new diva in town.” 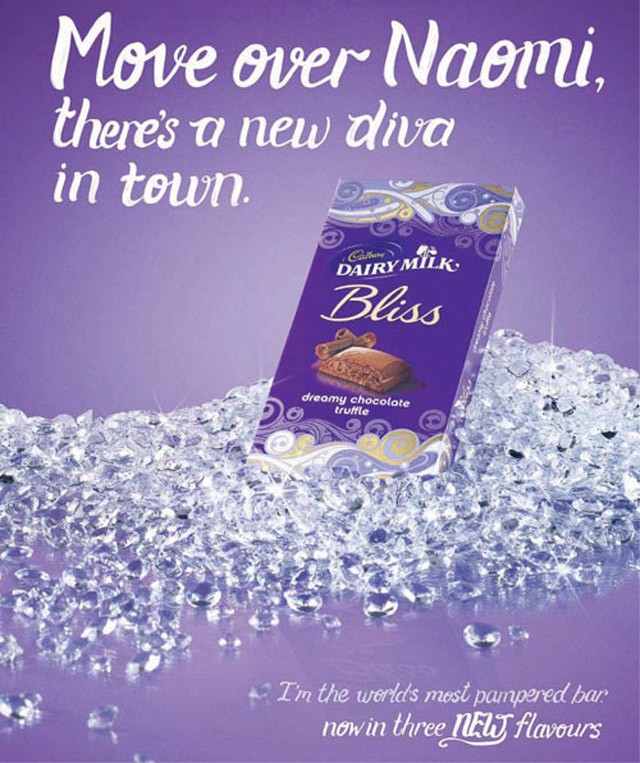 Yesterday, Campbell revealed she is considering “every option available” after Cadbury, owned by the US giant Kraft, refused to pull the ad campaign, which ran in newspapers last week: “I am shocked. It's upsetting to be described as chocolate, not just for me, but for all black women and black people. I do not find any humor in this. It is insulting and hurtful.”

The model's mother, Valerie Morris, backed her daughter, saying: “I'm deeply upset by this racist advert. Do these people think they can insult black people and we just take it? This is the 21st century, not the 1950s. Shame on Cadbury.”