Negrology: The Black Man with Long Hair and A Perm

It was a time when I thought men with long hair and perms were pimps.  One reason is because most of the men I met with long hair and perms were pimps!  That's not to say that they all are, because surely some of them were just plain gay, but sadly, as a hairstylist, I was fascinated with the trend.  To add to the madness, I felt privileged to play in a pimps head who had long pretty hair (as crazy as it sounds); slapping him on a fresh perm, making waves and twirling him some pretty curls, and overall just giving him the look that attracted the women really turned me on.  Well, that was then. 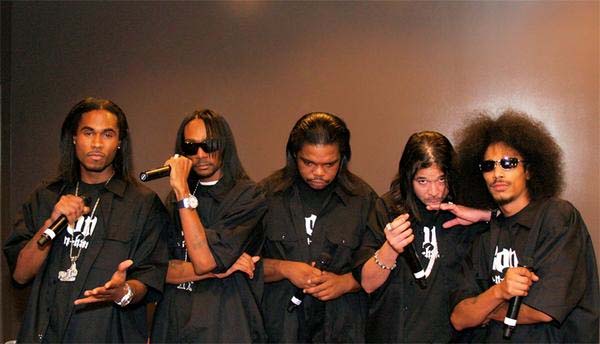 Today, a man with a perm is one I could do without.  I somehow can't appreciate a man that spends more time and money on his hair, and always in the mirror more than me.  I've been down that road, and not only do they become a bum on top of a burden, there's always a question of whether he has some bad genetic (female type) traits.  It's like when you get mad and feel the urge to call a man a b**** a** n**** for acting a certain way, it's relatively easy to do when he's always in the mirror playing in his hair.
[mashshare]
Comments
Facebook 3.6KFans
Twitter 0Followers
Youtube 1.5KSubscriber
Menu Title