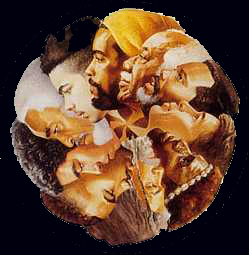 Africans are more genetically diverse than the inhabitants of the rest of the world combined, according to a sweeping study that carried researchers into remote regions to sample the bloodlines of more than 100 distinct populations.

The report, published yesterday in the journal Science Express, suggests that, because of historical migrations and genetic mixing across the continent, it will be hard for African Americans to trace their ancestry in fine detail. African American genealogies are increasingly popular and commercialized, but the authors of the new study cast doubt on how precise such searches can be, given the complexity of the genetic makeup of Africans.

“It may be very challenging to trace back ancestry to particular tribes or ethnic groups,” said Sarah Tishkoff, a University of Pennsylvania geneticist who led the international research team.

Although the study's main focus was on Africa, Tishkoff and her colleagues studied DNA markers from around the planet, identifying 14 “ancestral clusters” for all of humanity. Nine of those clusters are in Africa. “You're seeing more diversity in one continent than across the globe,” Tishkoff said.

Brooks, of George Washington University, said the report will help resolve academic debates among archeologists and linguists: “The study shows that single sources of data, whether from archaeology, oral history, genetics or linguistic similarity, are not sufficient to understand the complex history of an African region — one can be transmitted without the others, and each has a different story to tell about the past.”