NEW: Turn Your Tweets Into Slang with Ghetto Tweets Mayne 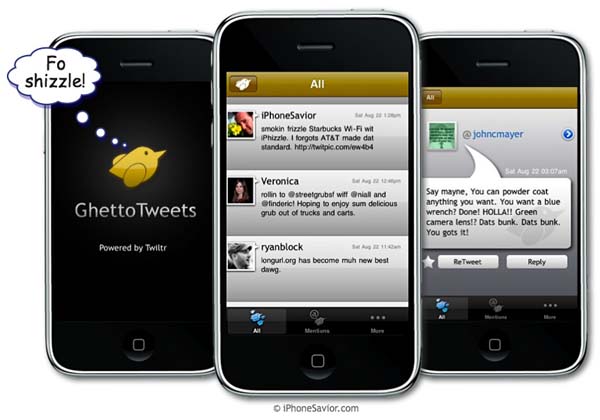 Ghetto Tweets – Mayne is a relatively new Twitter app that not only converts all your tweets into Snoop Dogg slang, but it converts the tweets of everyone you follow, no matter how pretentious they may be. 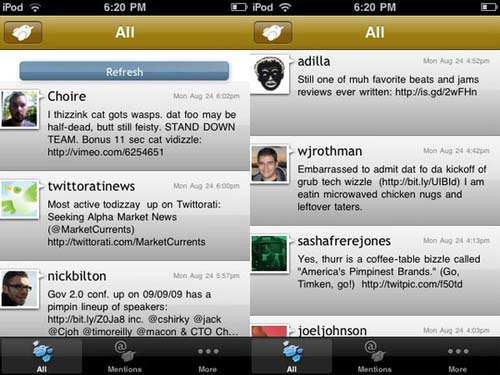 Sighhhhhh… I get so tired of using the word racist, which is what a lot of people are crying this app is – I'm just gonna give it #4words – I'M NOT FEELING IT.
But for anyone who might think it's funny and/or coo to talk like a foo and have everybody you following (no matter who they are) talk like a foo too, the app is fo freezy to dizzownload via itunes my nigga when you'se…
[mashshare]
Comments
Facebook 3.6KFans
Twitter 0Followers
Youtube 1.5KSubscriber
Menu Title