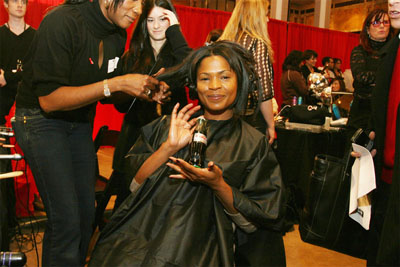 The event has been staged since 2002 to help highlight awareness of heart disease, which has been acknowledged as the number one killer of women in America.

Some of America’s leading designers contributed special gowns for the show, along with two British labels, Marchesa and Jenny Packham.

Veteran model and actress, Cicely Tyson, appeared in a red, silk coat dress by B Michael, while British designer Jenny Packham’s red sequined gown was modeled by the actress, Vivica A Fox.

It was said that Michelle Obama was invited to walk, however she never rsvp’d. I guess maybe she’s had enough fashion limelight for now and I can’t much blame her. Afterall, SHE IS The First Lady. Fashion folks need to let it rest.

New York Fashion Week kicked off the international round of designer shows for autumn/winter 09/10, and will be followed by the fashion weeks in London, Milan and Paris. 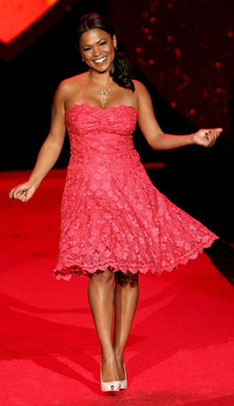 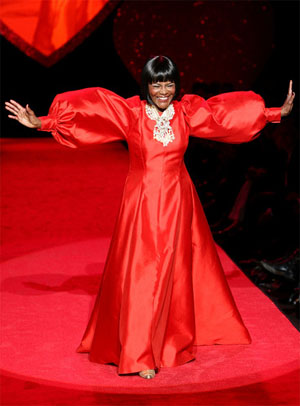 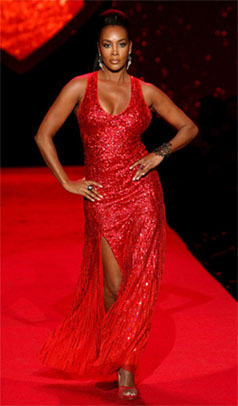