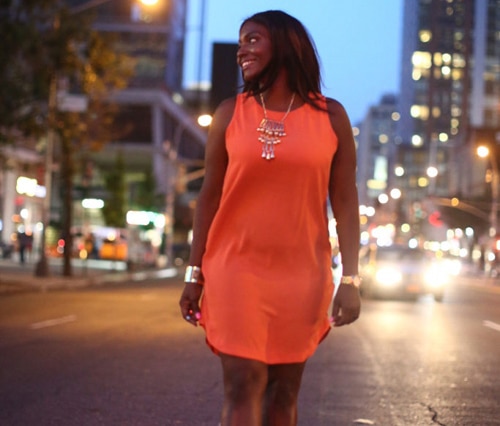 Nicole Bell, the widow of Sean Bell, has graced the pages of PYNK magazine, and telling her story about losing her husband the morning of their wedding day, police brutality, and regaining life (and love) after contemplating suicide. 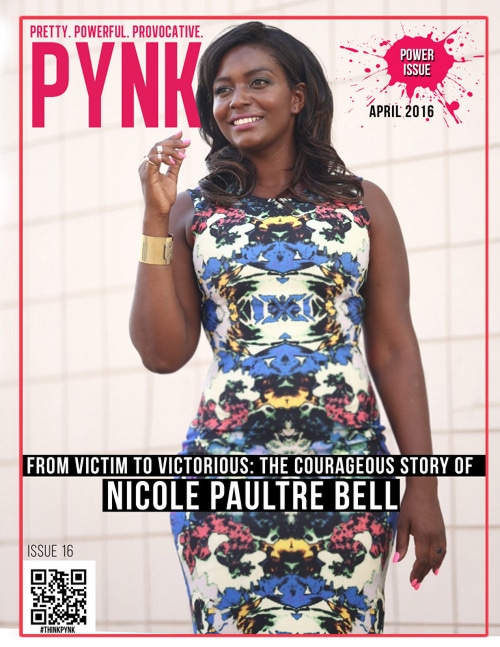 When the 23-year-old former high school baseball star was shot and killed (and his friends severly injured) after his bachelor party, it shook New York and the rest of the country to its core.

Five detectives sprayed gunshots into Sean’s car as he was driving away from the scene of an altercation that originally involved his friend Joseph.  Unfortunately, Sean’s bachelor party was held at a strip club that was under investigation at the time, and under the watchful eye of many detectives that night.  An argument involving Sean’s friends escalated into something more when detectives got involved.  Police claimed they THOUGHT they saw one person with a gun, so they fired off rounds of gunshots into Sean’s car.

Three of the five detectives went to trial and all were found Not Guilty.

How does a bride go on with life after such a heart wrenching loss?  Nicole Bell has been on the speaking circuit for the last decade talking about a myriad of topics to help other families get through similar siuations.

Now, she’s opening up to PYNK Magazine about how she found the courage to live her life again all while still fighting for justice.  After being at one of the lowest points in her life, she’s now found love again with her new husband Jay and their kids, and Nicole has seamlessly integrated Sean’s memory into her new life. 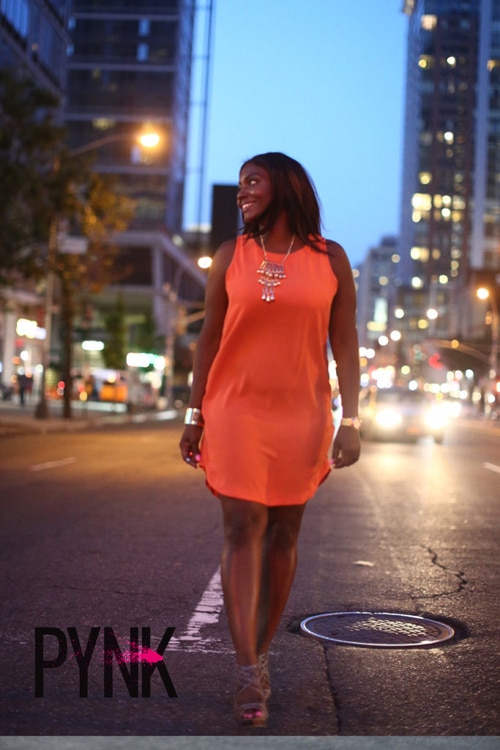 On her healing process as a new widow: I was dealing with depression, so I was in a very fragile state. I [was] helping other people and working towards change.   Also, therapy was taking care of my daughters. As a single mother, you really don’t have a choice. I had to take care of my babies. They were my number one priority. It wasn’t as easy as I thought. Knowing that it was okay to show my daughters that I wasn’t a bionic woman helped a lot. I showed them that I’m human too and I have pain also. It was important to show my daughters that mommy cries too, but it’s to strengthen us.

On learning to love again: After Sean died I remember not doing my hair. I remember the day after I didn’t do my hair and I was getting ready to go out looking like a hot mess. For a while I felt like that, but now I can shed light on that stage in my life. The mourning phase is not permanent. No one should live their life in mourning being sad and depressed all the time.  For me, my family, my community, and my activism slowly but surely helped me overcome that period in my life. If I hadn’t gone through those stages, I would not be the woman I am today. These obstacles made me who I am.

On falling in love with her new husband: So I went back to school and while I was at York, I met Jay. He was studying biology at the time and he wasn’t sure what he wanted to do. He was an adult starting over as well. He was a father; he had a daughter who was the same age as mine. We were friends for a while, really good friends. We never took each other seriously.

After getting to know him and hanging out with him I started to let down my guard. He was such a funny person and being around him showed me a part of myself that I was missing for the longest. Being able to smile again and just have fun, I started to get this familiar feeling again. It’s like “woah, am I actually liking somebody?”

To be completely honest when I first fell in love with [my current husband] Jay, I thought that he was going to die too. I had a complex about death and I had to tell myself that I needed to let go of the past and accept [life]. We stayed friends for a long time because I wasn’t ready to move on. In the end, I realized that it wasn’t as bad as I thought it would be. In the end, I realized that nothing is ever going to be perfect, but what I found with Jay was perfect for me. That’s what I love about the life that I’ve chosen. Not everybody can go on. 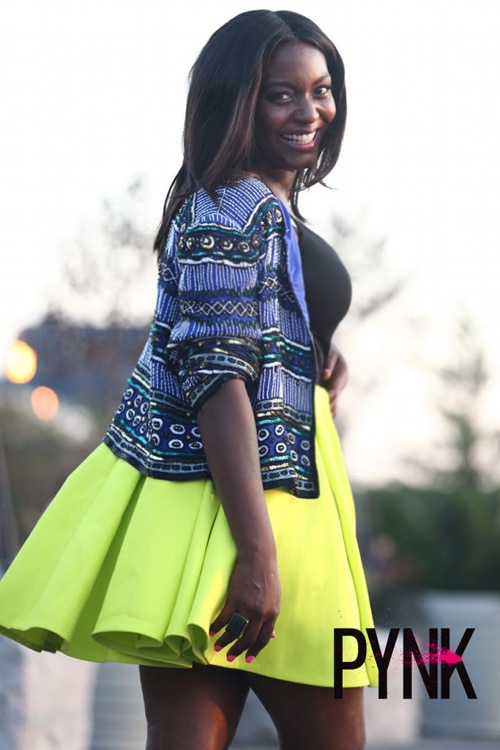 On what she learned through her tribulations:  I learned that you should never give up on love. From being with Jay, I’ve been blessed with [our] youngest daughter, Bella, who has shown me what love was again.

There were days where I thought about taking my own life and for years I was embarrassed to even mention that to anyone, but now I can openly speak on it. I thought that people would judge me for the rest of my life.  I came to the conclusion that what I went through was some crazy stuff and unless you have experienced what I went through, you have no right to judge me. That’s with everyone’s life, you can never judge anyone’s journey because you have no idea what they felt like. I’ve been vulnerable and uncomfortable in the process, but it has all made me stronger.

On why she’s keeping the last name Bell: When I lost Sean, I legally changed my name to Bell. That was a decision I made with his parents that felt like the right thing to do. When I got married to Jay in 2013, we went to the justice of peace to be legally married. I didn’t plan on doing that. Originally, I thought I was going to have this big wedding, but now it was the union that was more important than the wedding. So when Jay asked me to marry him, we were both on the same page. We said that we didn’t need a big elaborate wedding because we had each other. Jay was really understanding.

On social media activism:  As long as you’re not only going to talk the talk, but you’re going to walk the walk, I think that it’s great. If you aren’t taking action, you’re negating whatever movement you were attempting to join.

On her new organization’s mission:  My non-profit organization focuses on the under served communities, mostly in Jamaica, Queens and Far Rockaway, New York. WIRIF is a youth and justice based organization aiming to provide a better quality of life for those in the community. We use our organization to raise awareness in different communities focusing a lot on social justice. We have a “Know your rights” forum that we do. We also hold community events like “Sean Bell Family Day” in August. The whole idea is to show that tragedy can become triumph. From being a victim to turning it around and becoming a victor. It aims to aid anyone in need and be a helping hand for people going through hardship. 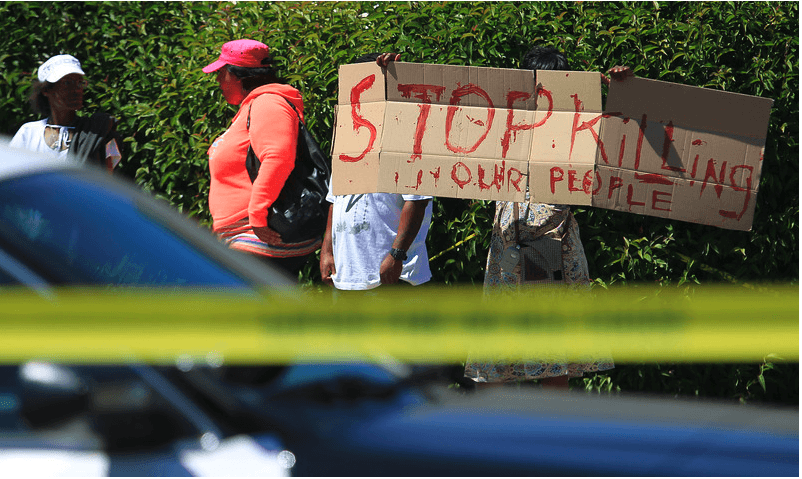 As a mother who has lost a child to police brutality 3 years ago on May 29, 2016, I can totally relate to Nicole and her healing process. It’s a daily battle to bring yourself back together after such a tragic loss.

I also understand with all the police brutality cases that are taking place, people are angry. As well as what Nicole means about stepping into social activism simply talking the talk without walking the walk is not helping at all.

“If you aren’t taking action, you’re negating whatever movement you were attempting to join.”

Justice in these cases are rarely served. It’s not a game, and people are hurting. Families are hurting. MOTHERS (such as myself) are hurting. Nobody wants to hear over and over again what the problem is, and what should be done about it, but never see any action being taken to make those things happen. It just becomes more of a problem; more of depression for all those who are going through the struggle and really hurting.

God bless Nicole for staying strong and being a positive role model to others who are currently in the struggle and going through the healing process.