Nike Workers Claim Physical and Verbal Abuse On Top of .50 An Hour

Allegations of abusing workers at Nike overseas locations is once again being reported.

More than a decade ago, shoe giant Nike came under fire for its use of sweatshop labor in the production of its products. Most of the criticism focused on its Indonesian workforce, where workers, largely young women, were forced to labor under harsh conditions and abusive supervisors. 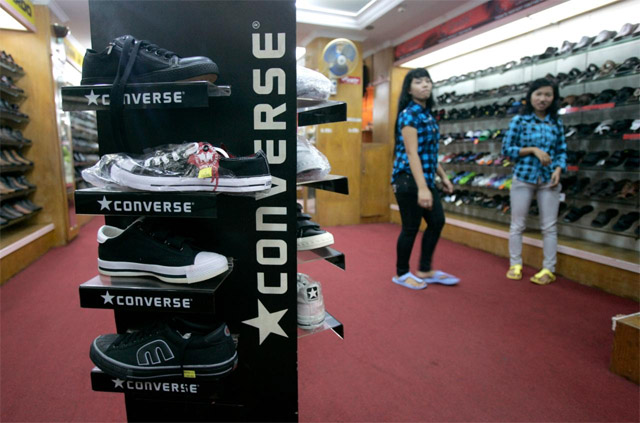 Apparently, since these allegations, not much has changed. According to the Associated Press, workers making Converse sneakers in Indonesia say supervisors throw shoes at them, slap them in the face and call them dogs and pigs. The further allege to only receive .50 an hour, and are fired for taking sick leave.

Nike, the brand's owner, admits that such abuse has occurred among the contractors that make its hip high-tops but says there was little it could do to stop it.

Dozens of workers interviewed by The Associated Press and a document released by Nike show that the footwear and athletic apparel giant has far to go to meet the standards it set for itself a decade ago to end its reliance on sweatshop labor.