The seven days of Kwanzaa began on Sunday, Dec. 26 and will conclude on Jan. 1. For those that may not know, Kwanzaa got its start on a university campus, and not through any religious tradition. In 1966, Dr. Maulana Karenga, chairman of Black Studies at California State University, founded Kwaanza to “bring African-Americans together as a community.” He's since changed his views on the holiday, and hopes that people of all races feel that they can take part in the celebrations. 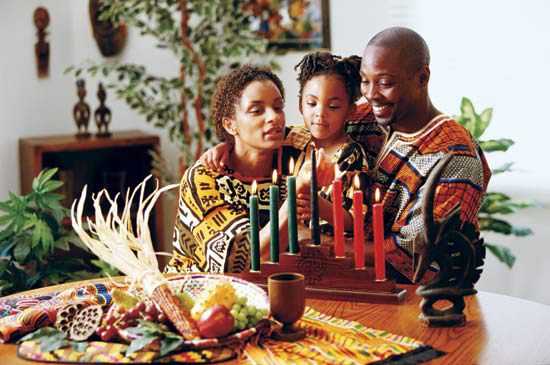 According to the Washington Post, it's believed that only two percent of African Americans actually celebrate the holiday.

It could be because there's no Kwanzaa “hero” — no Kwanzaa Claus, no Kwaanza Jesus. There's also no tree, and no ties to religious belief. Then there's the shady history of Karenga, the holiday's founder: He went to prison after being convicted of imprisoning two female members of his Black Nationalist group and beating them with an electrical cord.

Below is an audio of an artist named Rucka Rucka Ali, who adds a little sick humor to the holiday with “Twas The Night Before Kwanzaa,” off his new album “A Very Rucka Christmas.”