Obesity Is A Problem and Gabourey Sidibe is a “Stern” Example 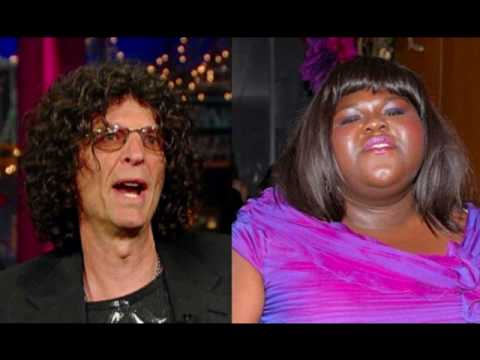 The Oscar's are said and done, but Clarise “Precious” Jones' body image lives on in Hollywood. Maybe even moreso now than ever. The good thing is that somebody is clearly looking out for Ms. Gabourey Sidibe's emotional state for all the dog comments concerning her weight. One thing can be for certain however, it clearly is not Howard Stern.

Stern thoroughly bashed Sidibe yesterday for being enormous and claimed that she will never work again. The funniest thing is, he was left stuck with his foot in his mouth when a fresh press release came out the same day proving that Sidibe will not only work again, but she has already begun by joining a new 13 episode showtime series, “The Big C.”

Stern later tried to explain his comments concerning Gabourey's weight issues by insisting that he was only trying to make the point that obesity in this country is out of control.

While issues with obesity may be out of control, Stern's delivery of his initial rant and even the way he continues to disapprove of Gabourey's appearance is way out of order and outright cruel.

Gabourey Sidibe recently sat down with Oprah and explained that she is completely aware of her weight problem. Dieting for her began when she was only six-years-old. “I've never been a small girl. One day I had to sit down with myself and decide that I loved myself no matter what my body looked like and what other people thought about my body.”

She said that she was 21 or 22 when she finally became comfortable in her own skin. “I got tired of feeling bad all the time. I got tired of hating myself.” Gabourey Sidibe arrives for the Precious After Party
on May 15, 2009 in Cannes, France

Gabourey has made several comments about what it is that makes her feel pretty. During an interview with Harpers Bizaar, she says, “I wear colors that I really like, I wear makeup that makes me feel pretty, and it really helps. It doesn't have anything to do with how the world perceives you. What matters is what you see. Your body is your temple, it's your home, and,” she chuckles, “you must decorate it.”

With Gabourey being well aware of her obesity problem, and now that she has had huge success, taking good care of herself and recieving the support she needs probably won't be that big of an issue.