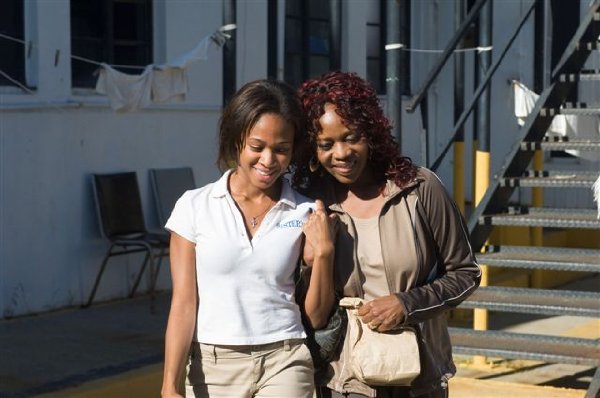 American Violet is a factual story set in a small town Texas, in 2000, about Dee Roberts, a 24 year old African-American mother of four, who is swept up in a drug raid and falsely accused based on the uncorroborated testimony of a single informant. Despite the urgings of her mother Alma, Dee rejects a plea bargain that would release her from jail but forever brand her as a felon. With the custody of her children at stake, she instead decides to take on the powerful district attorney behind it all, Calvin Beckett. Roberts finds herself in an unlikely alliance with ACLU attorney David Cohen and former local narcotics officer Sam Conroy. With inspiring courage and dignity, Dee overcomes seemingly insurmountable obstacles, forever changing her and the Texas justice system.