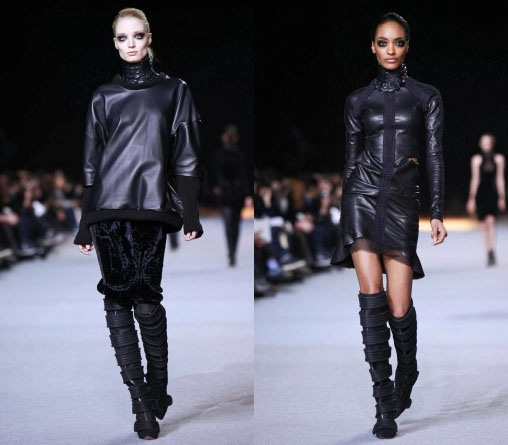 Kanye West received a lot of mixed signals with his first collection, which was presented during Paris Fashion Week Spring 2011, but that didn't stop him. He's back again for Paris Fashion Week Fall 2012 with his head up, and plenty of celebrity support. Kim Kardashian (shown below), even slipped on a pair of Kanye West by Giuseppe Zanotti shoes from his previous collection, spruced them up with pieces from his current collection, and was ready for the show. 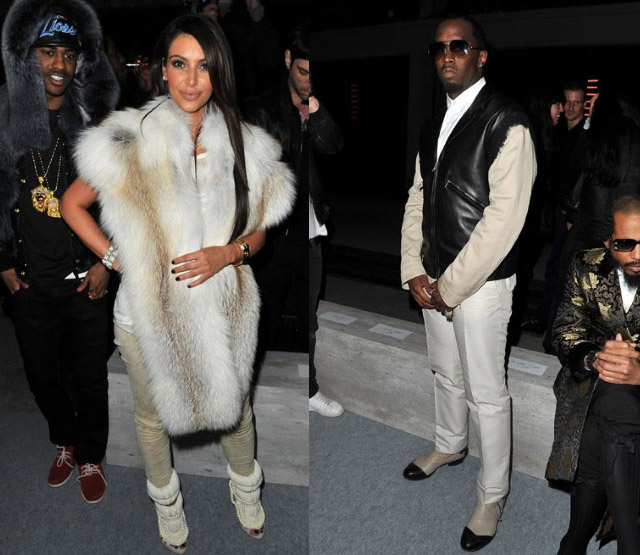 It doesn't hurt that the hottest trend on the Fall 2012 runway is leather and fur, since that's always been a big part of Kanye's style. The collection is filled with all the season hoopla, as well as the colors, which are primarily black, white, beige, and gold. 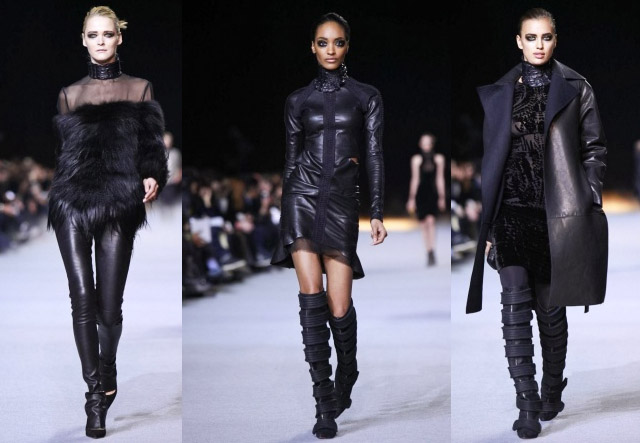 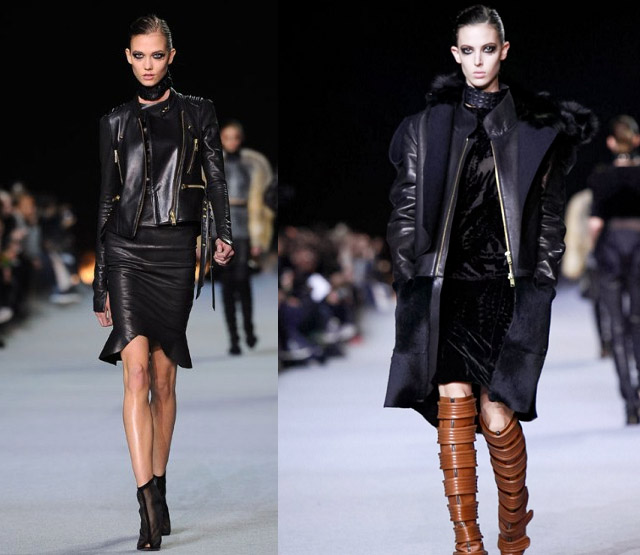 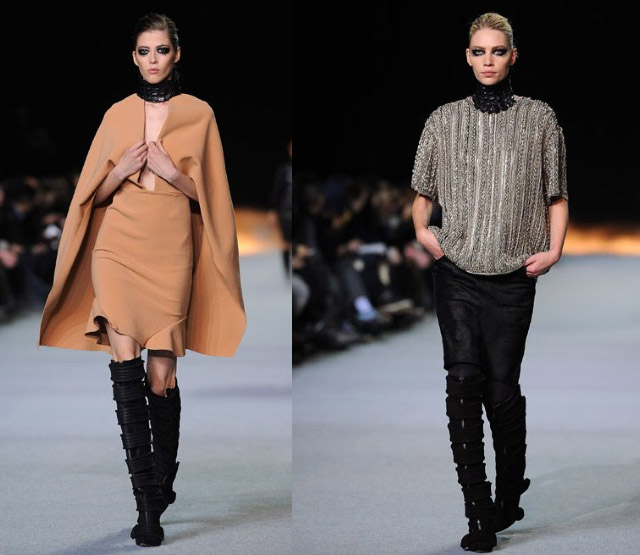 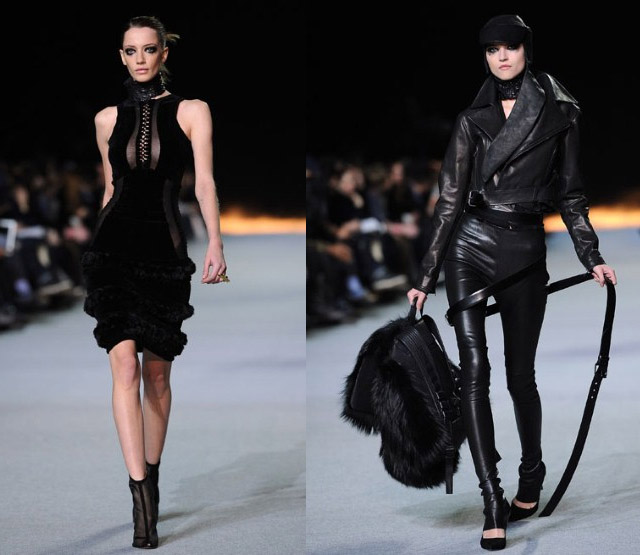 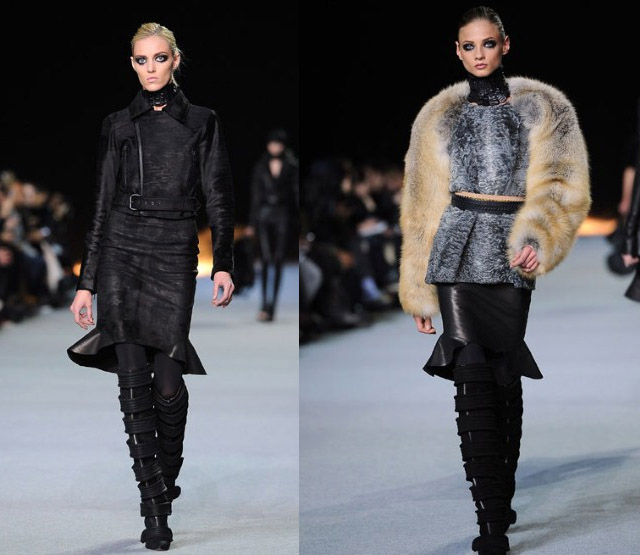 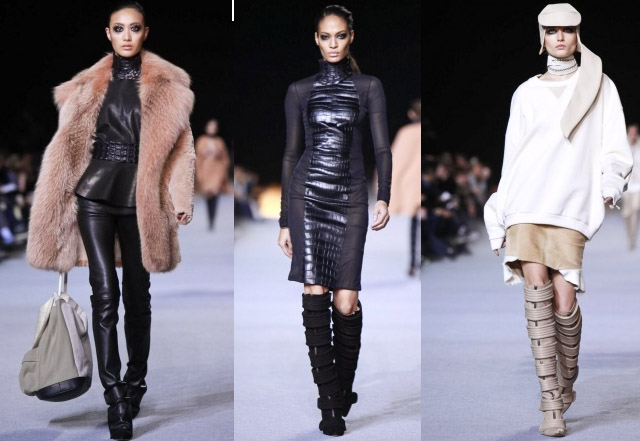 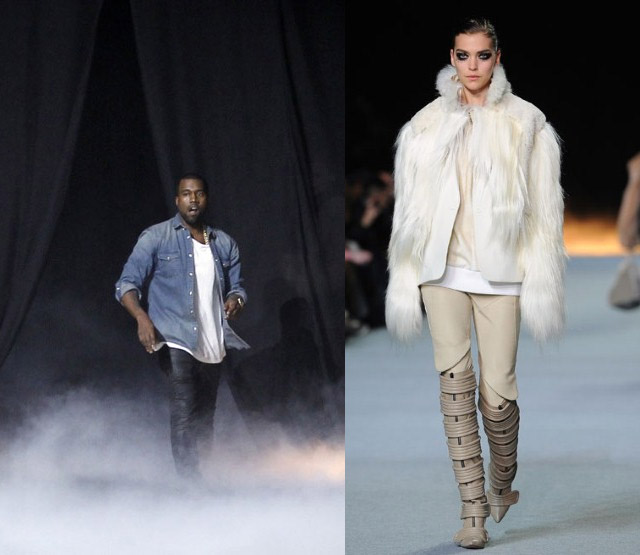 Kanye looks like he may have some potential. What are your thoughts? Are you feeling his Fall 2012 collection?