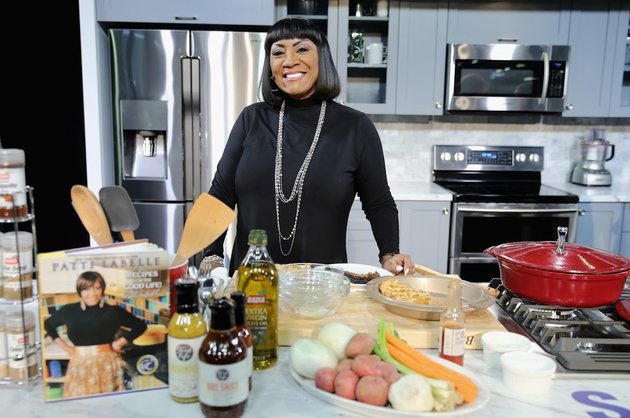 With Black Friday just around the corner, and much of the Black community preparing to boycott Christmas and buy black, Patti LaBelle is re-emphasizing the power of the black dollar. Patti claims that just like a good weave, a good potato pie, word of mouth, and quality products is all it takes to win the public’s attention.

“We black folks, we don’t spend our money on anything unless we know it’s phenomenal,” she said. “It’s like a black woman with a weave — she ain’t gonna get that weave and spend all her money for it unless  it’s a great weave. And the same thing with the power of the dollar with black food — and it’s not just black people buying it, but we’re showing them the power of the black dollar. And it’s priceless. The power of a black woman and the power of a black man singing my praises. James Wright and Patti LaBelle, and then the black public — they’re buying this pie. So the power of a dollar is waiting to exhale, but we won’t buy anything unless we know it’s a great product.” 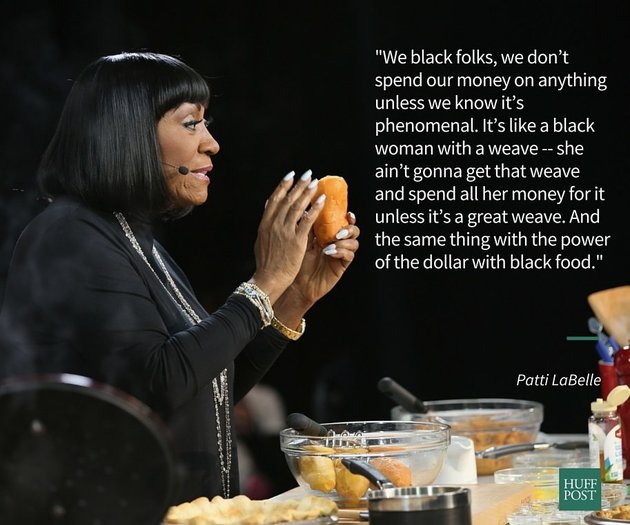 As far as Patti and her infamous Potato Pies, it’s only the beginning she says. LaBelle now has her eyes set on rolling out five to ten more items — including her three-layer caramel cake, lemon bundt cake, lobster and shrimp mac-n-cheese and a bedding line — with Wal-Mart in 2016.

“I have plans for Walmart from way, way, way back in the day of putting maybe ten more items in Walmart,” she said. “It’ll be ‘Patti’s Bedding’  — my bedding line that I had in Macys. And I’m going to do the mac-n-cheese. Everybody’s been waiting for it, and I’ll make sure James takes the first bite of macaroni and cheese.”

Looking ahead to Thanksgiving, LaBelle plans to serve guests with two versions of her pie to compliment a menu featuring tasty dishes including fried turkey, potato salad and a sautéed kale.

“I have all of my friends who love sweet potato pies, so I’m gonna have that for them, the one from the store, and I’m gonna make one with no sugar,” she told HuffPost earlier this month during a previous interview. “I’m gonna have something for everyone, but I’m gonna eat on the healthier side.” source