Photo of The Day: Bobby Brown Gets Married in Honolulu Hawaii

Less than 24 hours after his performing a New Edition concert in Honolulu, Bobby Brown and fiancée Alicia Etheredge tied the knot Monday. 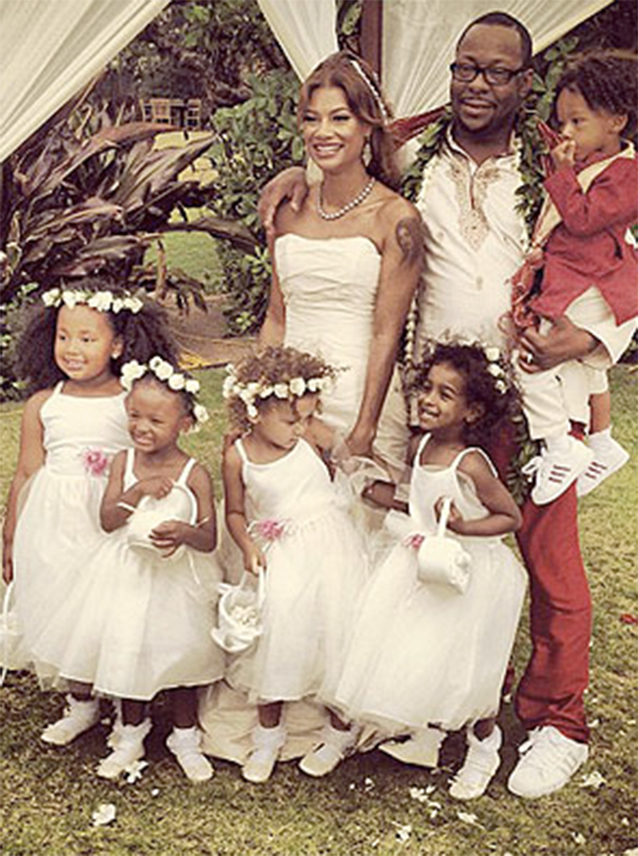 The R&B star, 43, was surrounded by family and friends, including his older kids Landon, 23, La'Princia, 22, and Bobby Jr., 19, as well as Brown and Etheredge's only child together, Cassius, 3.

The groom wore a red suit and Adidas sneakers that matched those of Cassius, who served as ring bearer. Four young flower girls were in attendance. Bobby Jr. posted a photo of the wedding party on Instagram.

The couple became engaged in a very public way in 2010, when Brown popped the question to Etheredge during a sold-out New Edition show in Jacksonville, Fla. Brown credited Etheredge with giving him a new lease on life following his 2007 divorce from Whitney Houston, who died in February. 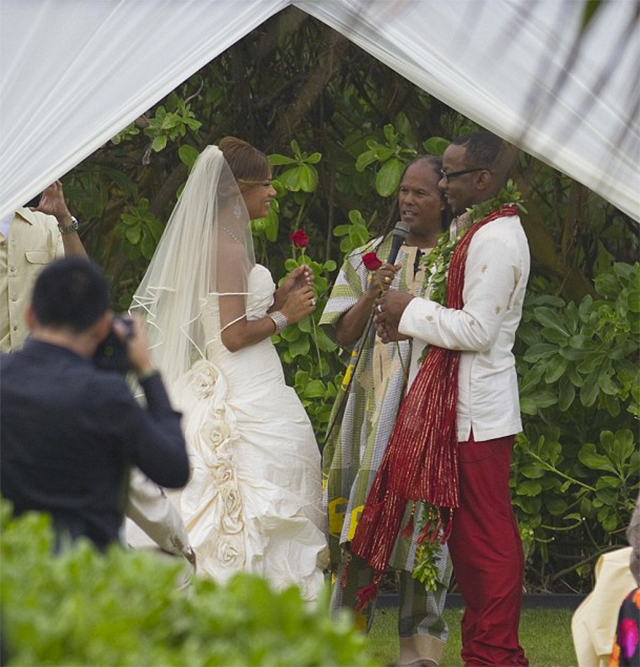 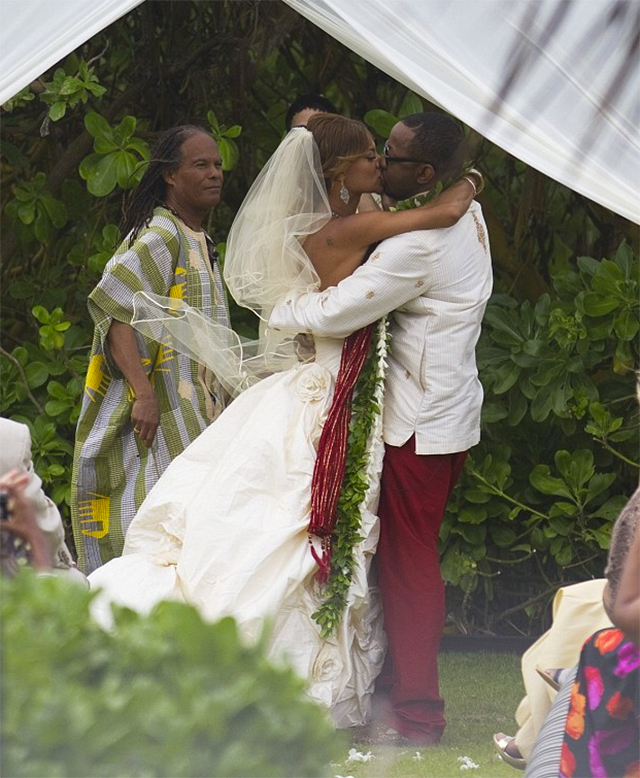 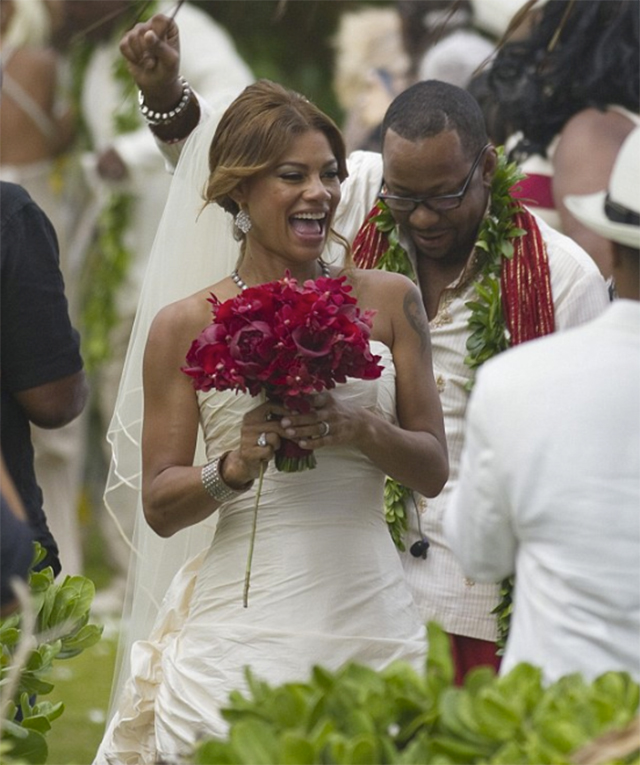