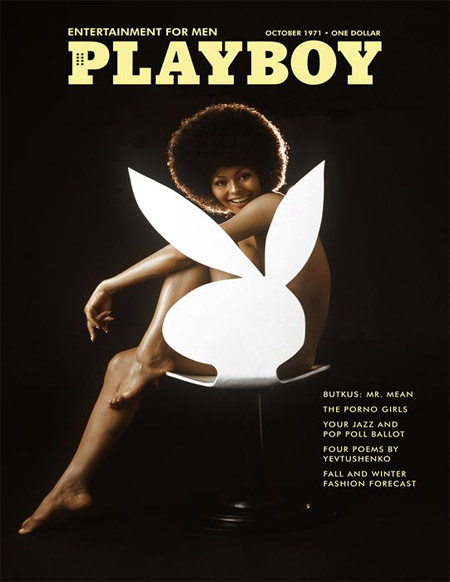 Our culture is fascinated with “firsts” and tedious records are kept so that the first of just about anything is recorded for posterity. Playboy magazine broke a long standing tradition of featuring white “Playmates of the Month” in their honorary and anxiously awaited centerfold spread of the monthly periodical. That changed in March, 1965.

Jennifer Jackson was the first of many black Playboy models that would grace the magazine once she appeared in the March, 1965 issue. Most “firsts” tend to be celebrated occasions in the media and particularly if the boundary breaker is a media entity itself, of which Playboy notably qualifies. 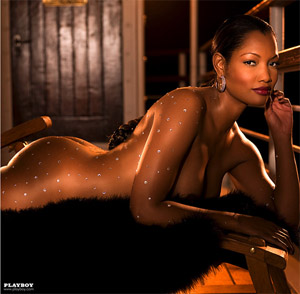 As the first of a long list of ensuing black Playboy models, Jennifer Jackson’s appearance was not heralded as a pioneering event by Playboy magazine. In spite of the low key, normal presentation of her article and pictorial center spread, her appearance drew a large response and turned the matter into a widespread controversy.

Model Darine Stern made history by becoming the first Black woman to grace the cover of Playboy Magazine in October of 1971.

Rising from the embers of the Vietnam conflict, Woodstock, The Summer of Love and Marvin Gaye’s classic “What’s Going On” album, Playboy art designer Len Willis had a burst of inspiration. Using a chair with the company’s logo, photographer Richard Fegley shot the iconic cover featuring Stern which has become a classic for the magazine.

The Chicago-native continued her career as a high-profile model working in the 1970s and 1980s. During that span, she was represented by Ford Models, Nina Blanchard, Ellen Hart and Shirley Hamilton Models of Chicago. In 1994, she died of complications due to breast cancer at the age of 46.

Some of the first Black celebrities that have appeared in Playboy magazine include: Naomi Campbell, Robin Givens, LaToya Jackson, and Vanessa Williams. Others include, Garcelle Beauvais, Stacey Dash and ‘Lil Kim who is rumored to appear in the December 2008 issue.