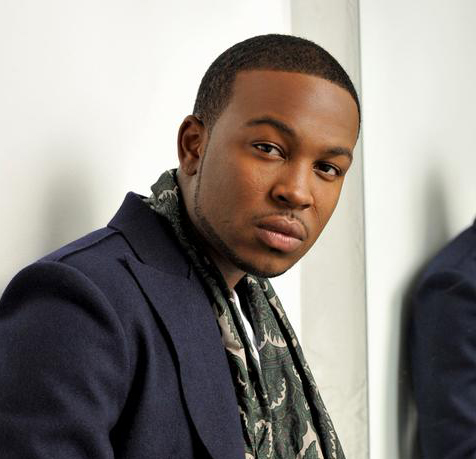 If you've been following the story of Pleasure P in last few days, you probably already know that an outraged female who goes by the name of Laura Goldstein has been taking to her twitter page with claims that the rapper owes her attorney dad money. Pleasure P allegedly has refused to pay her dad, and because so, the female chose to expose the man in the worst way. She accused him of being a pedophile having molested his 4 year old niece and/or nephew. From the information given it's still not very clear which one it is.

The outraged female is said to be the daughter of an attorney who allegedly represented Pleasure P in the case against him back in 2004 which led to a supposed 2006 plea bargain/conviction. Goldstein followed up with her story of Pleasure P being a pedophile by posting court documents to prove her allegations.

The documents, in my opinion, look very unofficial and are presented in an order which are not clear if they all even correspond with each other. Some of the documents don't even include Pleasure P's name, and for the record, blank court forms such as the ones she posted can easily be downloaded on the web by anybody (if you catch my drift).

The document pages posted that do have official signatures are not really saying much in reference to anything other than somebody's child is ordered placement in a home somewhere.  So really, the documents as were presented prove nothing, and the fact that Pleasure P real name Marcus Cooper is not listed as a registered sex offender says a lot.

According to Word On The Street magazine, the CEO of Blue Star Entertainment, the former record label of Pleasure P doesn't claim the allegations are true or not true, but claims he was in attendance while Pleasure P was going back and forth to court. No further information was released because as a statement from Pleasure P's former group 'Pretty Ricky' read: “Unfortunately due to Pleasure P's lawyer filing an injunction against us from speaking, we are not at liberty to speak about the case.” However we will let it be known that we did kick him out of the group, he did not leave on is own free will. We did a deal with Atlantic via Craig Calman that we would let him out of the group if they bought out his contract with us and Blue Star which is the official label of Pretty Ricky. We are not at liberty to discuss why we kicked him out of the group.”

All of the above statements are controversial for should be obvious reasons along with numerous hearsay claims from various sources, and in Pleasure P's own defense he has issued his own statement regarding the allegations:

“All of the recent rumors and accusations that are being circulated about me are 100% false. They are disgusting and vile; and they are being spread by individuals with their own sick agendas. The purported documents that are also being circulated are forgeries. I have never met or known anyone by the name of “AGoldstein” or Laura Goldstein or Ashley Goldstein, which I believe are fictitious names. I have never been represented by an attorney named Goldstein. For someone to go to such depths to assassinate my character and slander my good name is truly criminal. My attorneys are investigating this matter and will take all necessary and appropriate action to protect my name and reputation.”

The fact that this Laura Goldstein is STILL yapping off via her twitter page and has been since on or before November 20, 2009 regarding confidential legal matters makes all this appear pretty bogus, and flags her for being suspect, wouldn't you agree?

In the meantime, Pleasure P has been nominated for 3 grammy awards as a solo artist.