Police Officer Jailed for Being A Whore on The Side 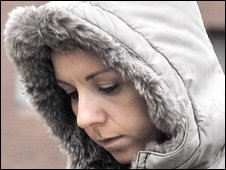 In BBC News, a policewoman has been jailed for 15 months for being a Call Girl at the rate of $146 U.S. dollars per hour, when she wasn't serving her duty as an overworked and underpaid officer.

Victoria Thorne, 29, entertained up to 20 clients a week as part of the Notorious Girls escort agency.  She went on to access highly sensitive police intelligence files to obtain information on rivals for the couple who ran the agency.

Thorne, who used the working name Kelly, posed provocatively in her underwear on the agency's website and proclaimed herself 'very eager to please'.

She even offered to use her own flat as a brothel, the court was told. Sentencing her, Judge John Evans said: 'It is plain that those who thought they knew you, and knew you well, are at a loss as to how you came to be involved in such a seedy world.'

One report claims that Victoria felt the pay she was making as an officer just wasn't enough.

Mrs. Officer ^^ I Know You Wish Your Name Was Mrs. Carter Hun?