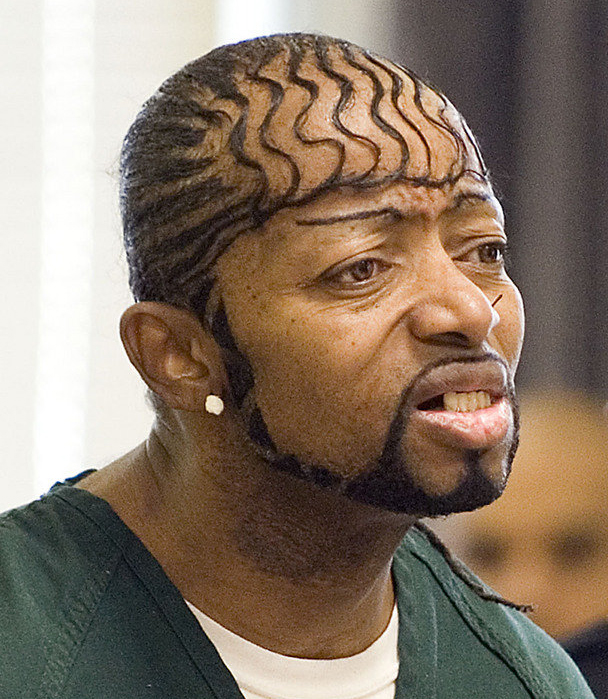 It took me a minute to understand what this guy did to his hair to achieve this style, but after analyzing it for a while, I finally figured it out.

Taking strands of each parted section of gelled hair, he waved each strand forward. He connected the bottom of each strand and secured them with a side section to blend with the rest of the hair that was slicked back into a side? ponytail. The ponytail was then twisted into a single lock.

I still haven’t figured out how he managed to do all this and still have time to draw on eyebrows before they cut the lights out at the Hudson County Correctional Facility where he’s beginning his journey through the next 18 years.

These photos were taken of Allen E. Brown, 48, at his sentencing in state Superior Court in Jersey City. Brown, aka “Prince,” was sentenced to 18 years for running a human trafficking and prostitution ring. His 73-year-old mother and other members of his family were co-defendants in the case and previously sentenced for their role in the crimes that took place. 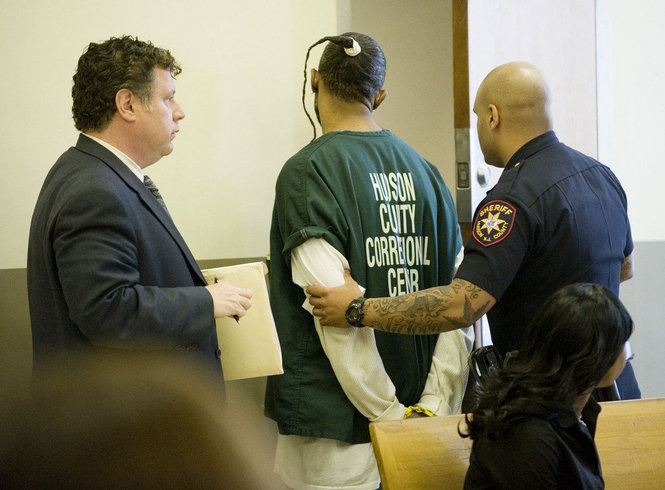