A new study  in the Archives of Internal Medicine finds that training barbers to check their patrons' blood pressure, offer advice and anecdotes, and even help refer the clients to a doctor if they don't have one, appears to help men get their blood pressure under control. 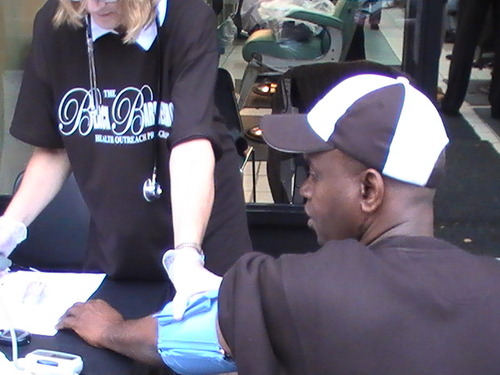 Nationwide, barbershops are increasingly becoming a source of health information and a locus for health outreach, according to the authors led by Dr. Ronald G. Victor, associate director of Cedars-Sinai Heart Institute in California, and this study shows it is a type of intervention that can work.

According to the Orlando Sentinel, Orange County deputies, including narcotics agents, stormed into several black-owned barbershops on a busy Saturday afternoon in August to conduct a rare type of licensing inspection. 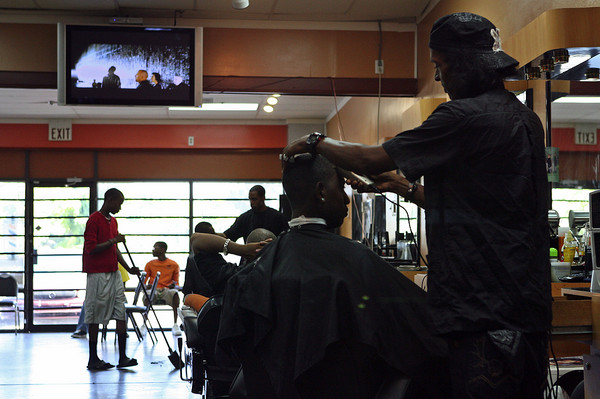 The operations were conducted without warrants, under the authority of the Department of Business and Professional Regulation inspectors, who can enter salons at will.

One barber, Brian Berry who owns Strictly Skillz, a barbershop on Pine Hills Road said he's used to licensing inspections, but what happened in his shop Aug. 21 was something else.

Berry said deputies entered his store and told his barbers to stop cutting and put their hands behind their backs. As barbers sat on the ground in handcuffs, he said, deputies removed his customers – including children – from the store, and began searching workstations and checking licenses without explanation.

Barbers and witnesses at several shops told the Orlando Sentinel that deputies shouted and cursed during the raids, demanding the location of illegal drugs, which they searched for extensively. They never found more than misdemeanor amounts of marijuana at eight of the nine shops they raided.

So, on the one hand, health officials seem to be concerned about the black man's health, but on the other hand, the State Board and other government officials act like they don't give a damn that a lot of black men are just trying to work and stay off the streets.

More on these raids when you continue…