Who knew South African women were high maintenance and mainly out for materialistic goods? I always thought the only thing high in Africa was the number of people living with HIV/AIDS, as well as the number of people wishing their skin color was light bright instead of black. But then again, that's pretty much all the media speaks on, so…. 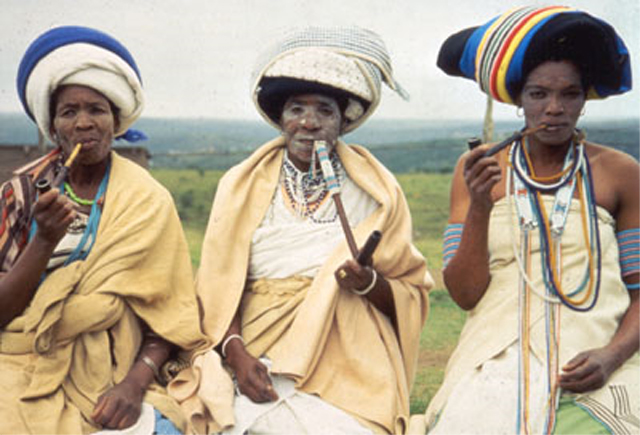 According to Mandisa Yoko, an independent financial adviser, the infatuation South African women have with materalism is attributed to the superficiality and the growth of South Africa's black middle class.

“Many black men who previously dealt with bread-and-butter issues are now able to afford flashy cars and smart lifestyles. Their newly found status attracts young women who want to share some of the glitter,” Yoko says.

Asiphe Ndlela, a psychologist in Illovo, Johannesburg seems to study these types of women. In her own opinion, she describes them as nothing more than high class whores with very low self-esteem.

“They dress up whenever possible and are obsessed with their appearance and grooming,” Ndlela says, “This obsessive attention to detail usually extends beyond their person, to their homes or apartments.

“They tend to be perfectionists, self-centered and a bit vain, and they think they should be treated in a certain way because they look good.

“They can be good in bed, but don't want to break into a sweat because it will ruin their make-up and hair…. They are also more likely to have breast enhancements, laser skin treatments, tummy tucks, vaginal reduction and thigh-firming operations.

“These women take themselves seriously and are unable to stand even the gentlest teasing about their appearance or quirks. They are extremely self-consciousness and needy. Their neediness often makes them control their men's behavior. They know what they want, they know how they want to be treated and they won't tolerate anything less.” Ndlela says.