A new report issued by the National Gang Intelligence Center suggests that troubled youth joining the military to escape the gang life and better themselves may be more of a problem than a solution. 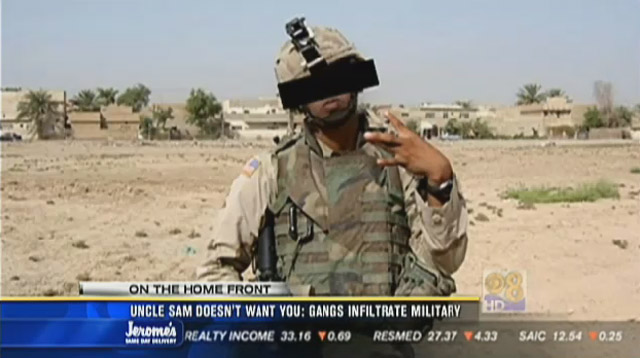 “Gang members with military training pose a unique threat to law enforcement personnel because of  their distinctive weapons and combat training skills and their ability to transfer these skills to fellow gang members,” the report states. “Gang members have been reported in every branch of the armed forces, though a large proportion of them have been affiliated with the Army, the Army Reserves or Army National Guard.”

What are your thoughts? With the unemployment rate at an all time high, are former gang members looking for a way out as big of a threat as the military claim, or is it just a ploy to keep the black man and other troubled youth down?
[mashshare]
Comments
Facebook 3.6KFans
Twitter 0Followers
Youtube 1.5KSubscriber
Menu Title