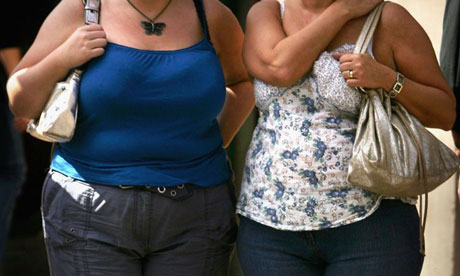 A new study from Boston University links signs of racism to weight gain in black women, suggesting a possible explanation for their higher obesity rates compared to white women.

Yvette Cozier, an epidemiologist at the Slone Epidemiology Center at BU, led a survey of more than 43,000 black women. At the beginning of the study, the women were asked if they sometimes felt they were treated poorly in a restaurant or store, whether they thought people considered them dishonest or less intelligent, and if they had felt unfairness on the job, in housing, or from police. The women, 21 to 69 years old at the study’s outset, were placed in four groups based on how frequently they said they experienced these signs of racism. Their weight was recorded every two years from 1997 through 2005. Their waist circumference was measured at the beginning and end.

At the end of the trial, all the women had gained weight. But the women who said they felt higher levels of racism gained more weight and had bigger waist-size increases compared to the women who felt the least racism. That held true after accounting for factors such as education, geographic region, and beginning body mass index.

“Racism is real and it has real effects,” Cozier said in an interview. “It can result in real changes in the body.”

Higher stress changes hormone levels that influence food choices and where in the body fat is stored, the authors write. That makes an association between the stress of racism and weight gain, particularly around the waist, fit with other research in humans and animals, they say. [source] [mashshare]