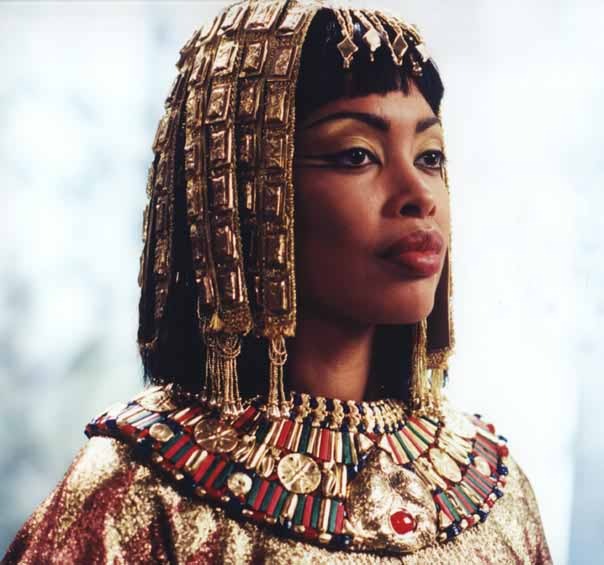 With recent findings of Cleopatra and her sister Arsinoe’s bones, and other research that closely analyze the possible ethnicity of the ancient Egyptian beauty queen, there’s not really any need to continue to question if Cleopatra was a black woman. It’s clear that she was indeed of African decent.

Still, several reports are confirming that Angelina Jolie, who is white, is set to play the role of Cleopatra in an upcoming film by Oscar-winning producer Scott Rudin. The project is based on Pulitzer Prize-winning biographer Stacy Schiff’s new book, Cleopatra: A Life.

It should come as no surprise that the decision to cast a white woman to play Cleopatra has caused a lot of mixed reactions. The folks over at jezebel.com contacted Dr. Sally-Ann Ashton, the Egyptologist responsible for commissioning the digital image of Cleopatra in which her skin is brown, and this is what she had to say:

“I’d rather hold judgment until it’s out. Angelina Jolie did after all (bizarrely) already play someone of African Ancestory. In general though I feel that it would be a great pity for the film makers not to break with the stereotype of Cleopatra as a European femme fatale. I sincerely hope that they will take all of the recent research into consideration.”

In Paul Mooney’s classic “RACE” comedy album, he talks about Cleopatra being falsely portrayed as a white woman in Hollywood movies, when she’s an African queen. For a long time (and to this day), racist Hollywood likes to make movies based on historical people such as Genghis Khan, or fictional anime heroes like Dragon Ball and use white people to replace the original skin colors.