Beyonce Rocks To The Beat of Her Own Drum 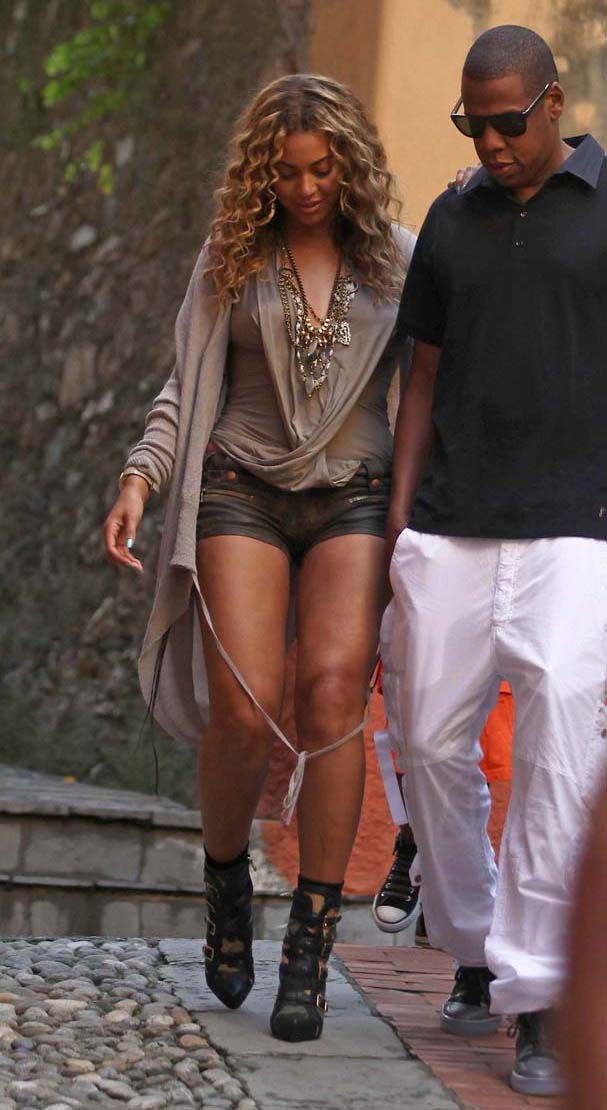 Beyonce and her husband Jay-Z were spotted having some quality time in Italy over the weekend, and they both seemed to be enjoying Beys kicks. It would have been interesting to see her rocking a pair of her own House of Dereon Fall 2010 boots outside of an advertisement, but instead she managed to get her hands on a camouflage pair of DSQUARED2 Visitors Ankle Boots more suitable with her budget.

CORRECTION: According to the House of Dereon on Facebook, Beyonce is in fact rocking to the beat of her own drum in a pair of Dereon Fall 2010 Camouflage Tulip Boots. The boots are said to be coming soon to dereon.com.

One can’t deny the Tulip boots have a strong resemblance to the DSQUARED2 Visitors Ankle Boots. I guess we already know which pair are the look-for-less 😉 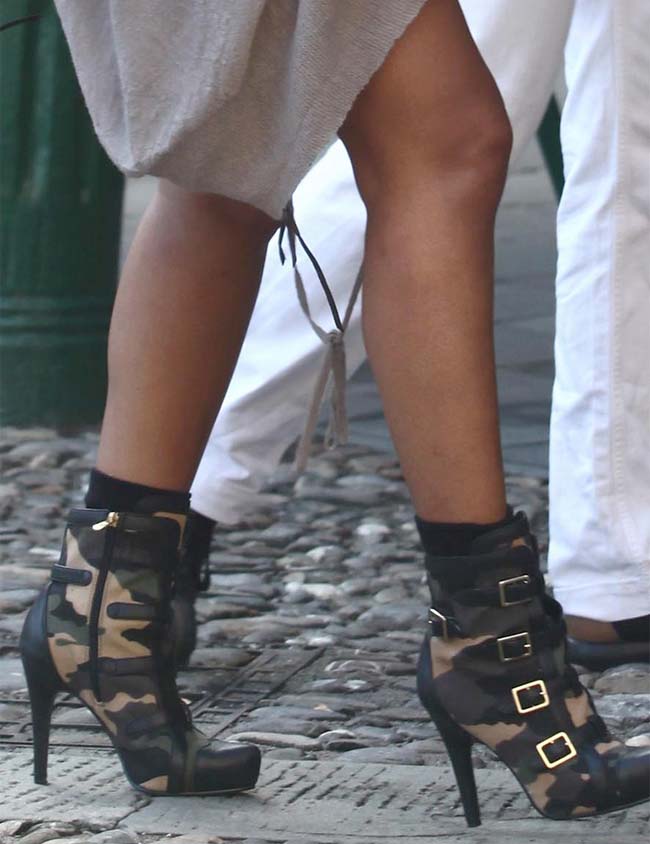