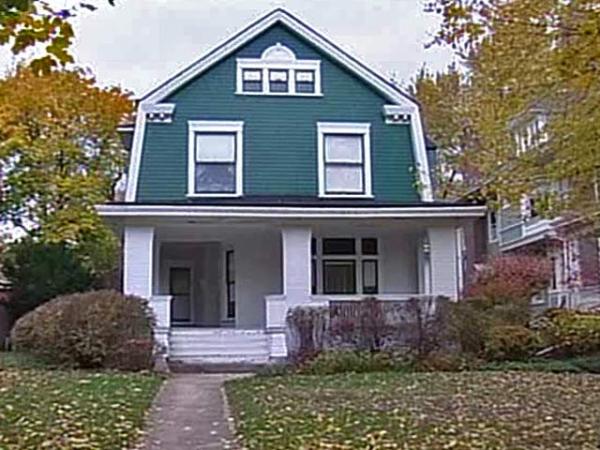 I really just can't understand some of these sick and twisted stories or how anyone could actually live with dead bodies in their homes?

First The Preachers Wife found frozen in the freezer 3 years after her death, then the abused 7yr. old who led police to the frozen remains of her siblings, AND NOW THIS?

Evanston police are investigating why a 90-year-old woman was apparently living in a home with the bodies of three of her siblings.

How and when the woman's siblings died and their ages were still being determined Friday, said Evanston police Cmdr. Tom Guenther. The bodies were found Friday morning in a large home on the 1200 block of Judson Avenue, he said.

Each body was found in a different room, covered with a blanket.  Foul play does not appear to be involved, police said.  Police wouldn't say how long she waited to report the deaths, only that they had been dead “for some time.”

“We know we have three deceased people,” Guenther said. “We don’t know how their deaths occurred.”

Guenther said it's possible the three each died at different times.

The Bernstorff’s are believed to have died from natural causes, but autopsies are scheduled for Saturday. At least two of the bodies were skeletons and the third was very badly decomposed, according to authorities.

The woman contacted a City of Evanston senior advocate with whom she had an ongoing relationship.  The advocate then called police Friday morning.

Caroline Carlton, who lives across the street from the woman, said she last saw her neighbor passing out candy in the driveway on Halloween. Carlton said she had never been inside the house but from outside, it was well-maintained.

When Carlton moved in two years ago, she said she believed there were three people living there. She said recently she only saw the woman.

Another neighbor, who didn't want his name used, thought that perhaps the woman didn't know what to do when her siblings died.

“It could well be that she was not able to notify people or didn't quite understand,” he said. “She isn't quite worldly.”

The Cook County Medical Examiner's office confirmed the fatalities.  Police are treating it as a death investigation.