The LisaRaye McCoy and Avery O. Williams directed “Skinned” was nominated as one of the best independent feature films to be screened at the Bronze Lens Film Festival in Atlanta, Georgia this past November. The film, which tells the story of Jolie, a young woman so uncomfortable in her own skin that she turns to skin lightening creams to alter her complexion, will make its U.S. television premier debut on TV One during the first quarter of 2016. 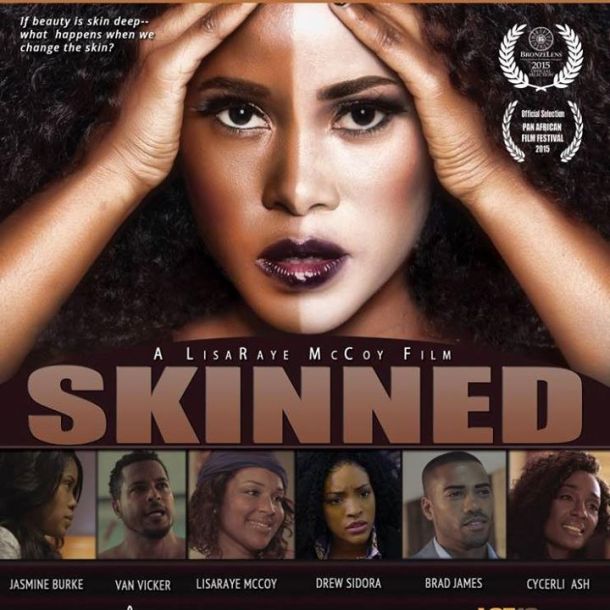 Skinned tackles the issues of colorism and self-acceptance head on in just under an hour and a half. Due to her misconceptions about beauty the film’s main character Jolie bleaches her skin only to discover years later than her usage of bleaching creams, which often contain harmful chemicals, have resulted in health complications. With the assistance of a psychiatrist, she journeys back to where it all began to face her demons in an effort to sustain her future.