Rapper Snoop Dogg may have been high as a kite when he said it, but perched on a throne at gentleman's club Platinum Lace in central London yesterday (May 17), these are the words that came out of his very own mouth:

“I wanna launch a chain of supermarkets. I'm gonna call them Snoopermarkets….I also need to make a TV show that's directed at the hood and gives kids with raw talent but no money the attention they deserve. I'm looking for a TV deal right now.” 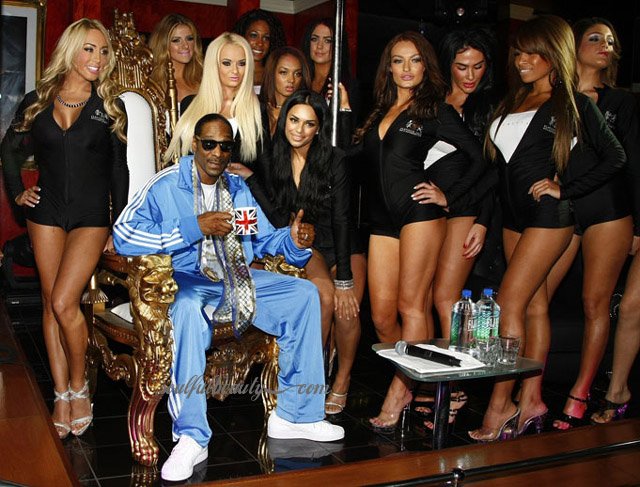 Snoop was said to be reaking of smoke and surrounded by 20 strippers as he entered the venue. And, though he admits being a fan of marijuana, he insists he can get things done without the 'erb. “I made three babies without smoking. I use it as a tone-down. It keeps me mellow,” he said. (source)

The collaboration seems pretty random, but hey, whatever works.