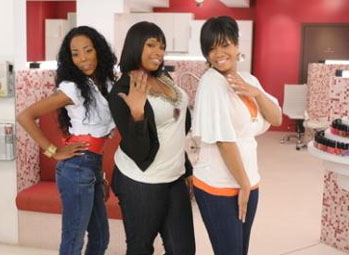 Academy Award winner Jennifer Hudson’s debut single ‘Spotlight’ climbed to the #1 position on the national airplay charts with the single and debut self-titled album still rising on the UK charts.

‘Spotlight’ is written and co-produced by Ne-Yo and produced by Stargate. It is a song which addresses insecurities within a relationship and is one of many stellar songs which showcases Hudson’s amazing powerhouse vocals.

An all-star team of writers and producers have been assembled to contribute their talents to Hudson’s debut album including Timbaland, Robin Thicke, The Underdogs, Diane Warren, Tricky Stewart and more. The album is pop music with an R&B and soul flavour and led by the incredible single ‘Spotlight’, has already been a big hit in the UK.

“I’m beyond ecstatic about my new album,” says Jennifer. “I think people will be pleasantly surprised, because it shows a side of my work that no one has heard before. This album has a huge variety of sounds and one of my favourite songs is ‘Spotlight’ because it has this great infectious groove. This is completely new territory for me and I can’t wait for people to hear it.”