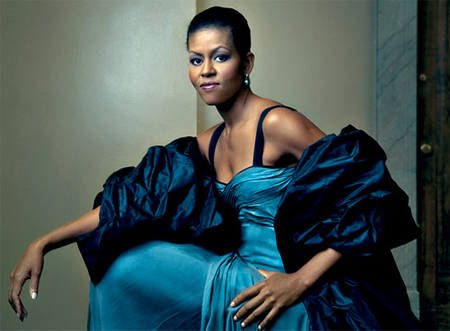 Few things are as sweet to a parent as family meals and bedtime with the kids, and those are two reasons Michelle Obama says her new life at the White House is comforting.

Well, those and a little exercise.

In an interview for the March 9 issue of People magazine, the First Lady reveals some details of her family life in the month since President Barack Obama was inaugurated, and they moved their daughters, Malia, 10, and Sasha, 7 into 1600 Pennsylvania Ave. in Washing, D.C.

After more than a year living out of suitcases and in hotel rooms on the campaign trail, Michelle Obama says the family now has dinner together every night, where they talk about the highs and lows of their day. Later the president is able to tuck his children into bed before they drift off to sleep.

“We haven't had that kind of time together for (years), so that explains a lot why we all feel so good in this space,” the First Lady told People magazine. 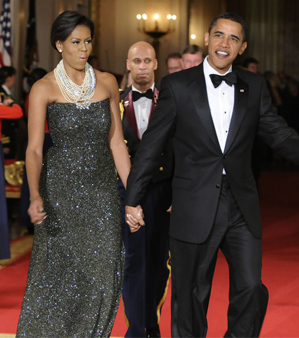 Among their daily routine is exercise for her and her husband at 5:30 in the morning and breakfast together before their respective days begin. She said the secrets to their successful marriage include being able to laugh together and his ability to stay calm under stress.

But she stopped well short of saying they are a model of married perfection. “I don't want anybody to think it's easy. It works because we really work at it … We have a strong marriage, but it's not perfect.”

She did say her husband has quit smoking, for now, and that Malia and Sasha must still do their chores — make their beds, clean their rooms and clear the dishes from the dinner table.

“People (here) want to make your life easy, and when you have small kids — I've explained this to the staff — they don't need their lives to be easy. They're kids,” she said.

And what about the president's promise to get a dog for the girls?  The First Lady said it is on the way, but is waiting until April, after the girls have had their spring break from school. But she has a problem — the name.

The girls have come up with several ideas, including Frank and Moose, but mom Obama is not going for those. “I'm like, no. Come on. Let's work with the names a little bit,” she said.