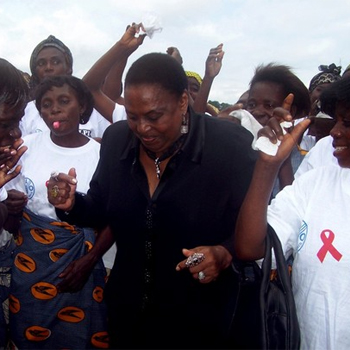 An experimental vaginal gel has shown some promise in preventing infection from the AIDS virus – THE FIRST study to offer hope that a microbicide may soon join the medical arsenal in the international battle against HIV, scientists announced Monday.

The results were not conclusive in this preliminary study, but they were welcome news considering the failure of other similar products. The multi-country study suggests a gel made by Massachusetts-based Indevus Pharmaceuticals Inc. cut HIV infection to a slight degree, a researcher said Monday at a medical conference.

Scientists have been trying to develop gels and other microbicides for women to use as protection in parts of the world where their partners may refuse to use condoms.

“This is the first study that now shows we have a promising candidate,” said Salim Abdool Karim, the South African researcher who presented the results.

About 3,100 women participated in the study, which was designed mainly to test whether it was safe. The women were divided into four groups. One-quarter of them used the Indevus gel, which is supposed to block the AIDS virus from attaching to certain white blood cells.

Another quarter were put on a gel made by Baltimore-based ReProtect Inc. The rest were given a placebo gel, or no gel at all.

All the women were counseled to have their partners use condoms. The study was done in South Africa, Malawi, Zambia, Zimbabwe and the United States, and was funded by the U.S. National Institutes of Health.

Researchers found that women who used the Indevus-made gel had a 30 percent lower rate of HIV infection than the other women in the study. But the difference was not statistically significant, meaning the results could have occurred by chance.

Health officials say larger studies are needed to better assess effectiveness. Such a study of the Indevus gel, involving 9,400 African women, is to conclude in August.

The results were presented at a medical conference on retroviruses in Montreal. Source