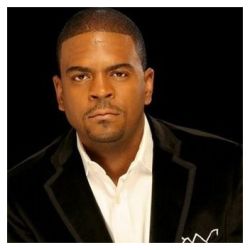 Hard to believe such a handsome black man would actually commit suicide and right before the big election??? Hummmm … VERY SAD
————————————————

Shakir Stewart, the Executive Vice-President of the New York City-based Def Jam Recordings, was found dead Saturday (November 1) with a gun shot to the head, the company confirmed today in a statement.

According to Def Jam, Stewart who replaced Jay-Z at the helm of the label died of a self-inflicted gunshot wound, and his body was found in Atlanta. No further details on Stewart’s passing are available.

“LA Reid and all of us at Island Def Jam Music Group are deeply saddened by the passing of our dear friend and colleague Shakir Stewart,” Def Jam said in a statement. “Shakir was an amazing man, in every sense of the word. A truly incredible friend and father who was an inspiration to not only our artists and employees, but to his family and the many people who had the privilege of counting him as a friend. Our hearts and prayers go out to his family at this very difficult time.”

Stewart, a native of Oakland, CA, was appointed executive vice president on June 3, where he reported directly to his mentor, Island Def Jam’s chairman, Antonio “L.A.” Reid. The 38-year old Jay-Z, whose actual name is Shawn Carter, was president of Def Jam Records, a label promoting rap music, for a number of years until he stepped down from that role in December 2007.

Before becoming VP of Def Jam, Stewart was the VP of A&R at Def Jam since 2004 and worked with big name acts such as Rick Ross, Young Jeezy and Karina Pasian whom he brought on to the label.

Stewart graduated from Morehouse College in Atlanta in 1996 with a Bachelor of Arts degree in Marketing. Before joining Def Jam in 2004, Stewart was a successful music publisher at Hitco publishing where he signed Ciara and Beyonce. In 1999, he was hired as the Senior Vice President and General Manager at Reid’s publishing company, Hitco.

“The bold young management style that Shakir has established at Def Jam is one of the major reasons behind the label’s success today,” the Island Def Jam (IDJ) Chairman Antonio “L.A.” Reid said of Stewart in June.

Founded by hip-hop mogul Russell Simmons and Rick Rubin in March of 1984, the Def Jam is the United States based hip-hop record label, which is owned by Universal Music Group, and operates as a part of The Island Def Jam Music Group.