As the new movie Red Tails prepares for its debut on January 20, 2012, heavy promotional efforts have begun, to ensure its success. “Do The Right Thing” director Spike Lee is among the many who are excited for the film's release. He plans to support it 100 percent.

“I’m going to get on Twitter and all that stuff” to promote Red Tails and will be “praying” for its success, he told the NY Daily News. 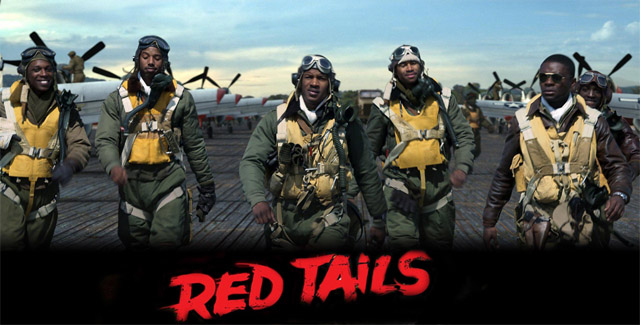 Directed by Anthony Hemingway, and produced by George Lucas, Red Tails stars Cuba Gooding, Jr. and Terrence Howard, and is inspired by true events. The film is based on the Tuskegee Airmen, a group of African American U.S. service members during World War II.

Like most African American movies, Red Tails struggled getting off the ground, because of funding. Lucas reportedly spent nearly $100 million of his own fortune to produce and market the picture because he couldn’t convince a major studio to gamble on a big-budget action-adventure movie that featured an all-black cast as well as a black director and screenwriter.

Terrence Howard is also “way past excited” about the film's release. He recently screened it for former President George H.W. Bush, and he’s due to watch it with President Obama at the White House on Thursday.

“That shows you the significance of this film,” Howard said.

Black Tree Media recently caught up with other cast members of Red Tails including Tristan Wilds, Elijah Kelly and singer /actor Ne-Yo to get their views on just how much impact this film has on African American history (see interview below).